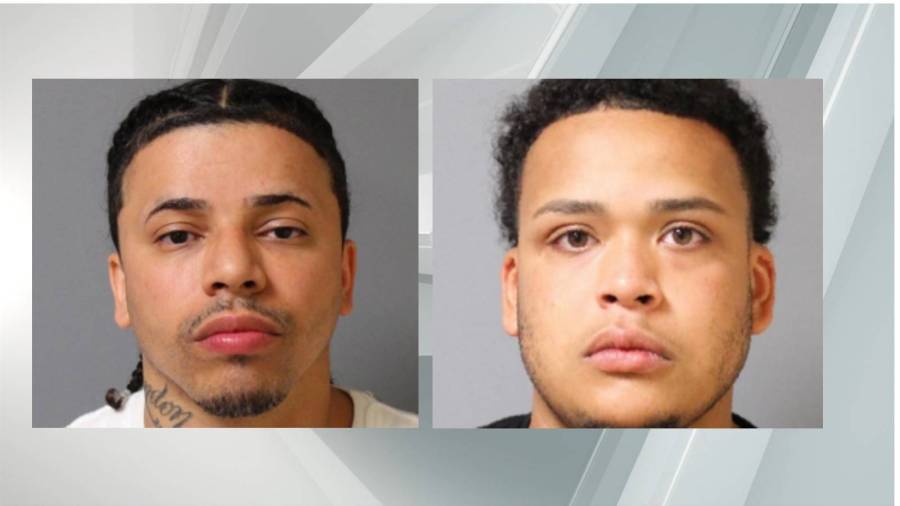 SARATOGA SPRINGS, N.Y. (NEWS10) - Two men were arrested for felony drug and gun charges in the wee hours of Saturday morning in Saratoga Springs. Seized in the arrest were a loaded 9mm Fratelli Tanfoglio handgun and a large amount of illegal narcotics that tested positive for methamphetamine and fentanyl.

Get the latest news, weather, sports, and entertainment delivered right to your inbox!

Depree Faulks, 30, and Samuel Payano, 22, both of Amsterdam were arrested after Investigator Rich Arpei and Patrol Officer Stephanie Herman of the Saratoga Springs Police Department allegedly observed suspicious activity in a parking lot on Caroline St. in downtown Saratoga. According to investigators, the Fratelli handgun was spotted in the car that Payano and Faulks were both in. The narcotic pills were found later, as well as over $3,500 in cash, they said.

Faulks got charged with five felonies and Payano was arraigned on four. Faulks is detained with no bail and Payano was jailed on $50,000 cash bail or $150,000 bond.

Today24.pro
10 Over The Top Boss Moves We DID NOT SEE COMING How Charlize Theron and KiKi Layne Spar in The Old Guard Anatomy of a Scene Matthew Judon Fed Up With Joint Practices? Twitter ‘Like’ Hints Feelings Behind The Scenes Of The Sandman