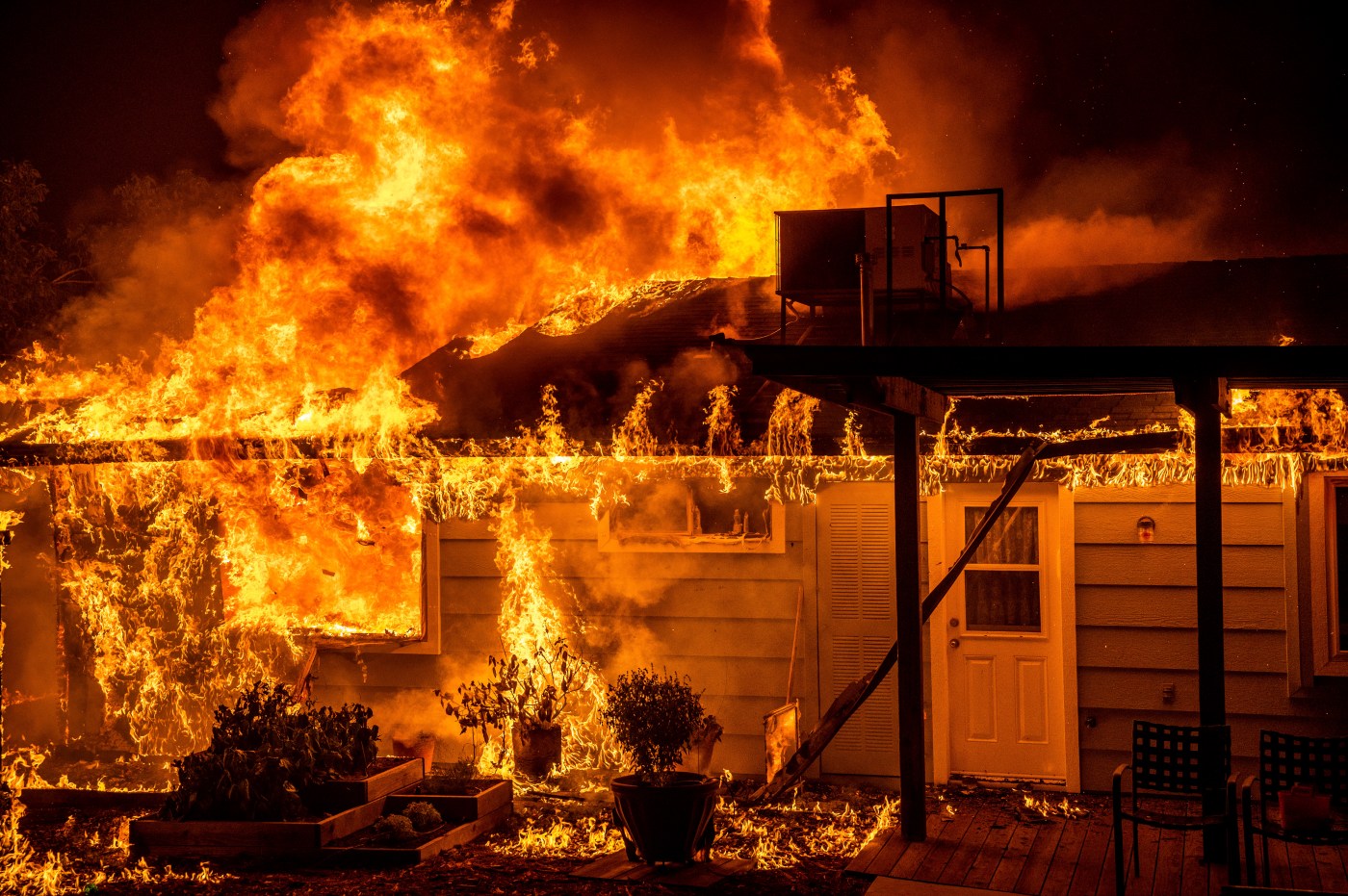 MARIPOSA — The Oak Fire burning near Yosemite National Park in Mariposa County exploded on Saturday to become California’s largest and fastest-moving wildfire of 2022, as the blaze torched more than 9,500 acres of parched terrain and prompted evacuations of thousands of residents in the Sierra Nevada foothills.

What began as a small brush fire on Friday grew six-fold by Saturday afternoon, destroying at least 10 structures and forcing more than a third of Mariposa County’s residents to flee. As of Saturday evening, firefighters did not have any containment on the blaze and the cause of the fire was still under investigation.

The Oak Fire marked the first major salvo of this year’s fire season, which until this point had been off to a relatively quiet start.

It broke out Friday afternoon in the vicinity of State Route 140 and Carstens Road — a heavily forested area in the largely rural Midpines region of Mariposa County — and then rapidly moved through the nearby wildlands, as steep terrain coupled with a hefty amount of dry and dead fuels combined to create “explosive fire behavior,” according to Cal Fire. Fire officials said the wind was picking up embers that traveled up to two miles, sparking new flames and making the fire increasingly difficult to contain.

The fire conditions even created a pyrocumulus cloud — a phenomenon in intense fires — that reached higher than 20,000 feet into the sky and could be seen from hundreds of miles away, including in parts of the Bay Area.

“There are a lot of tree mortalities in the area that produce more bark fuel,” said Cal Fire spokeswoman Natasha Fouts, “and if the winds torque the trees, that produces more embers, which could create spot fires that our firefighters have to deal with.”

The wildfire was threatening nearly 2,000 structures Saturday evening, some of which are artifacts of California’s historic Gold Rush days. As of Saturday, the fire was burning a few miles east of the historic town of Mariposa, where the Fremont Adobe and Bogan Building date back to the 1850s.

Taylor Poisall, an American Red Cross spokeswoman and volunteer at the Mariposa Elementary evacuee shelter, said at least 70 people had arrived at the shelter since Friday, filling the school’s cafeteria, while dogs, cats, birds and turtles found temporary homes in vacant classrooms.

“This is a really resilient area, because they, unfortunately, have to evacuate often,” Poisall said, noting that the Washburn and Agua fires earlier this season had prompted similar evacuations, though neither to the scale of the Oak Fire.

Scott and Missy Kaufmann were among the thousands of residents in the area forced to evacuate their homes. They had driven out to the coast for a weekend camping trip with their three dogs, when they received a public safety alert on Friday that informed them that the fire was approaching their neighborhood. They immediately turned around and were able to get back to their home quickly enough to secure their emergency bags, 12 hens and a rooster.

As they pulled out of their driveway to leave, Scott said he could see the flames just one street up from his home.

“We’re getting a little bit dejected and honestly, kind of getting over California already,” he said. “It feels like you’re playing Russian Roulette all summer long just wondering when it’s going to hit you.”

The pair moved from Wisconsin to California three years ago, when Scott accepted a mechanical engineering job at Yosemite National Park. Every year since then, he said, “we’ve had ash falling on our house.”

“You can only take it for so long. It just keeps beating us down,” he said.

Yosemite National Park saw its own blaze earlier this month when the Washburn Fire broke out in the area of Mariposa Grove. That fire — Cal Fire officials say they have no concerns about it merging with the Oak Fire — burned 4,800 acres but was at 79% containment as of Friday. No structures have been destroyed by the Washburn Fire, and the park’s largest stand of ancient sequoias remains safe from the flames.

The Oak Fire, in contrast, has grown at a significantly faster rate, especially in its early stages. And unfortunately, it doesn’t look like firefighters are expected to receive any reprieve in the coming days.

Felix Castro, a meteorologist for the National Weather Service, said that temperatures in the area will remain in the high-80s to mid-90s through early next week with no rainfall anticipated. Meanwhile, relative humidity levels are expected to hover between 10 and 15%, dipping into the single digits at some points, until at least Wednesday.

“The forecast means that the fire behavior will probably stay very active through at least early next week,” Castro said. “It’s going to be very difficult to contain the fire with that low relative humidity.”

Another difficulty facing firefighters, Castro added, is that there appears to be no clear wind direction in the forecast.

“Although the winds are going to be light and relatively bearable, firefighters don’t know what direction the fire is going to go, so they have to be very careful,” he said.