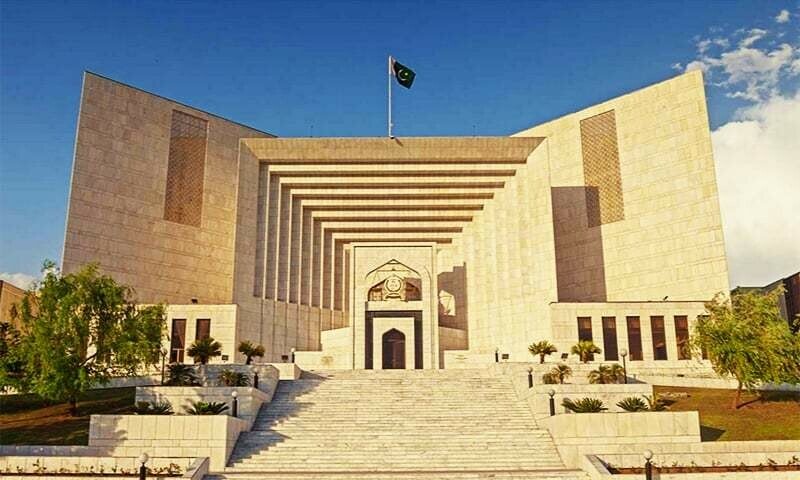 The Supreme Court on Saturday placed limits on Hamza Shehbaz’s powers as Punjab chief minister and made him a “trustee” to the role till Monday, when it will take up the case again.

The order came on a petition filed by PML-Q’s Chaudhry Parvez Elahi challenging Punjab Assembly Deputy Speaker Dost Mohammad Mazari’s deciding the chief minister’s re-election in Hamza Shehbaz’s favour on the basis of the court’s May 17 interpretation of Article 63-A.

Mazari refused to count the votes of 10 PML-Q MPAs which would have taken Elahi over the finish line, citing a letter he had received from party head Chaudhry Shujaat, in which he reportedly orders his party lawmakers not to vote for Elahi.

As the closely watched Saturday proceedings came to an end, the PML-N started publicly pushing for a full court bench — while questioning the “one-sidedness” of the decision from a “particular bench” while the PTI criticised the “trend” against the judiciary.

It should be noted that the case on the legality of the Punjab deputy speaker is being heard by a three-member bench comprising Chief Justice of Pakistan (CJP) Umar Ata Bandial, Justice Ijazul Ahsan and Justice Munib Akhtar— three of the five judges who deemed that the then National Assembly deputy speaker Qasim Suri’s decision to dismiss the vote of no-confidence against Imran Khan in April was contrary to the Constitution, paving the way for the PTI chief’s ouster as the prime minister.

Justices Bandial, Ahsan and Akhtar were also instrumental in the split decision that disallowed the votes of defecting lawmakers from being counted in the Punjab chief minister election, the verdict that set the stage for the re-election that took place on Friday.

Here, Dawn.com takes a look at the key takeaways from the apex court’s short order today.

It noted that the deputy speaker ruling “treats the direction by the party head to be binding on the legislators in the case of an election of chief minister in terms of Article 63-A of the Constitution”.

3. Counsels for Mazari and Hamza unable to defend ruling

The order said that after hearing the counsels for the parties, “we find that the respondents need time to articulate their response further”.

“However, we note that at present they are unable to justify the impugned ruling of the deputy speaker before us.”

The order said the Constitution does not “envisage the governance of province without a chief minister and a cabinet”, citing its July 1 order, in which Hamza was designated as a “trustee” until the July 22 election.

Hamza and his cabinet have been allowed to continue duties as trustees to “strictly in a fiduciary capacity as envisaged by the Constitution and the law” so the people of Punjab “are not deprived of representation or governance and to avoid any constitutional vacuum or complication”.

As a trustee to the office of the chief minister, Hamza’s “powers being curtailed in a manner” that he could not:

Shortly after the order, PML-N Vice President Maryam Nawaz said that the party would no longer “bow its head” in front of “one-sided” decisions, alleging that the “house of justice came under the pressure of bullying and threats”.

“It repeatedly makes specific decisions through the same bench, negates its own decisions, [and] puts all the weight in the same scale,” she tweeted.

She said that a series of political chaos and instability would begin with the court decision.

Separately, Minister for Planning Ahsan Iqbal said that people were asking if the judiciary should be asked to take “full responsibility for managing the economy and economic consequences of its decisions”.

The tweets by PML-N leaders prompted PTI officials to hit back at the party.

PTI Central Punjab President Dr Yasmin Rashid said a judgement in the PML-N’s favour was declared just while the one against it was declared corrupt by the party.

Harriette Cole: She’s rich but so obnoxious. Should I just walk away?