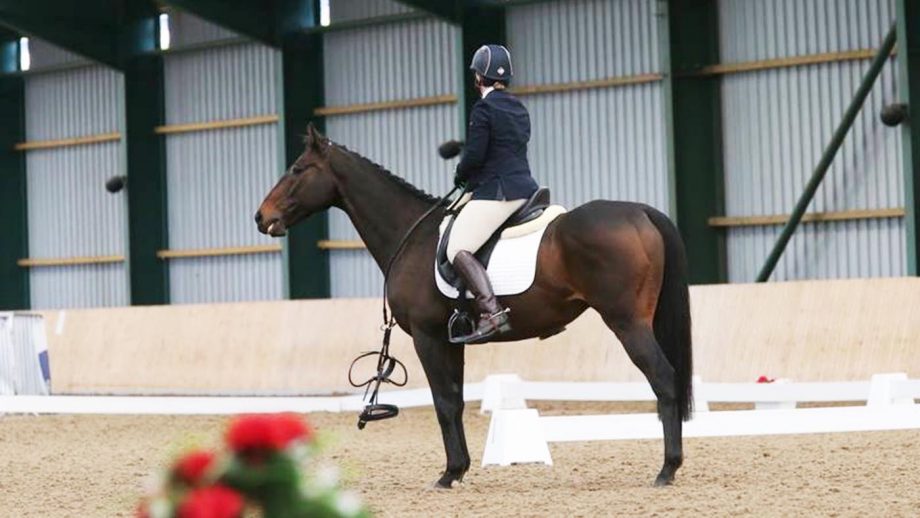 We’ve all had those days where our dressage test doesn’t quite go to plan, whether we forget where we’re going, or accidentally leave the arena – or both!

At times like these, it helps to have a trainer to offer support, advice and sometimes a little dose of reality. And that is exactly what Devon-based Rachael Mounce has in her trainer of three years, Lynsey Ross, whose slightly unorthodox dressage commentary on one of Rachael’s recent tests was a hit with viewers on popular Facebook group Sh*te Dressage United, set up in 2021 by grand prix rider Steph Croxford.

Rachael was riding the 10-year-old mare Weststoke Coco at an unaffiliated show at Wellbeck Equestrian near Exeter, as part of the mare’s comeback from multiple health issues.

“We’re getting back into the swing of things, going out competing unaffiliated and hoping to get back into Team Quest next season, with a view to affiliating at some point in the future,” said Rachael, who has trained with Lynsey for three years.

“Lynsey has been with me every step of the way. She is far more than a trainer, she’s one of my best mates.  We’ve laughed and cried, sometimes simultaneously, through the last eight years of friendship.”

While Lynsey offers some of the commentary you might expect from a dressage trainer while filming Rachael’s test – “That’s a nice little trot you’ve got going on there”, “Well rescued, mate”, “Just put it down as an expensive schooling session” – she also provides a healthy dose of realism and humour, particularly during the less successful moments.

“I think you might have gone wrong, forgot the course. It’s alright, there’s no jumps in the way,” she murmurs as Rachael heads off the planned test route. “I don’t know where the f*** you’re going now, but it’s a nice little mystery tour.”

“I love it when a judge allows the f***ery to be unf***ed,” she adds, as the judge steps out of her box at C to invite Rachael to redo the last movement.

“You’re not going to be putting this up on Facebook with any commentary,” she exclaims later, as Rachael’s test draws to its conclusion.

Steph Croxford remembers the first time she set eyes on Mr President, the driving-bred horse who went on the become