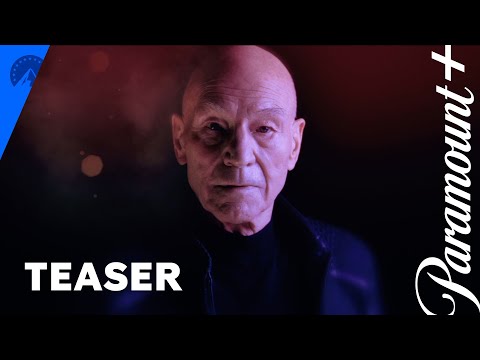 It's hard to believe that Star Trek: Picard is gearing up for its endgame, and the official trailer for the final season makes it clearer than ever that this story is in the home stretch.

During Saturday's San Diego Comic-Con session for the sci-fi universe, a trailer was dropped, as well as some cool character portraits.

This will be their first appearances on Picard, but they are familiar to fans of the entire Trek universe.

News of these big names joining the final season broke in April.

“I remember watching the premiere of ‘Star Trek: The Next Generation’ almost 34 years ago with my father like it was yesterday. It was the spark that ignited my love for science fiction,” said Terry Matalas, season three showrunner, and executive producer at the time.

“So, it’s most fitting that the story of Jean-Luc Picard ends honoring the beginning, with his dearest and most loyal friends from the U.S.S. Enterprise."

"It would be an understatement to say that giving these characters a proper send-off is an honor."

"The entire STAR TREK: PICARD team and I can’t wait for fans to experience this final, high-stakes, starship-bound adventure in season three!”

It certainly feels like we're approaching the end of one chapter, and the teaser trailer certainly highlights that the stakes have never been higher.

There is a lot of eyes on the show to see how it handles bringing such legacy characters back into this universe, and whether it will help bring Picard's story to a satisfying conclusion.

Patrick Stewart has been on the top of his game throughout the series, reprising the role he played for seven seasons of The Next Generation.

A premiere date has not been set, but it will likely not be back until next year.

Have a look at the full trailer below.

Hit the comments with your thoughts.

US Demands Release of VOA Journalist Detained in South Sudan