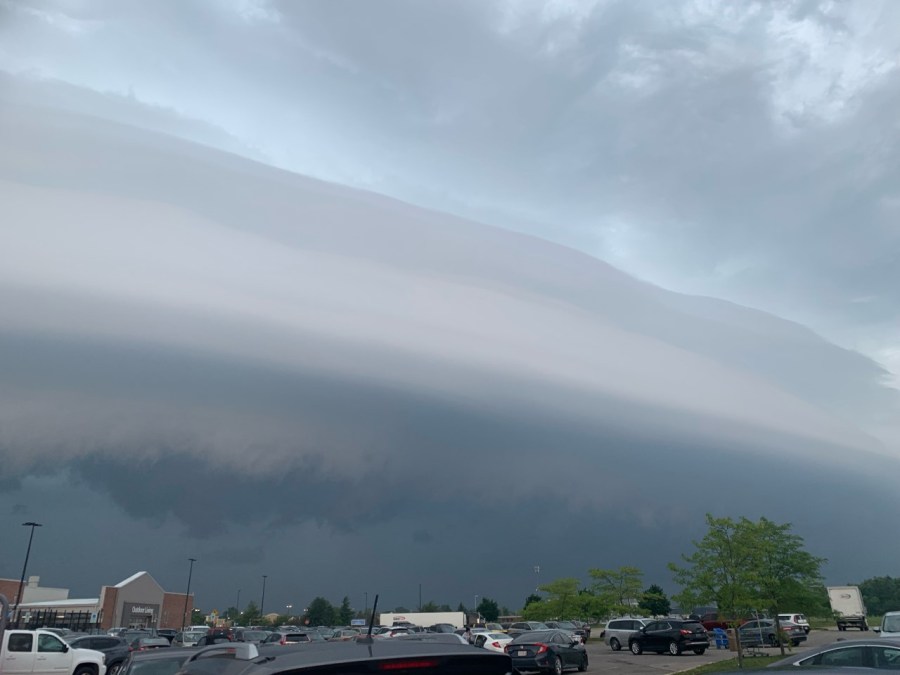 A squall line racing southeast brought 40-55 mph winds and brief heavy rain to much of the state, before moving into Pennsylvania and West Virginia mid-afternoon.

Clouds will limit afternoon temperatures to the muggy low 80s, with a late temperature recovery as sunshine returns. A few additional showers and storms are possible this evening, but widely scattered, with a warm front moving northward.

Sunday will be sweltering, with temperatures rising into the low 90s under partly sunny skies. A few late-day storms will pop up in the heat and humidity, but much of the day will be dry in central Ohio. A cold front will sag southeast Sunday night, with an increasing chance for showers and storms continuing into Monday morning, as the front stalls before pushing south farther south.

High temperatures this week will be in the low 80s with persistent cloud cover and scattered showers. A secondary wave along the front will bring additional showers Monday night and early Tuesday, primarily south of I-70. The front will head north on Wednesday, triggering scattered showers and storms, which will continue Thursday ahead of a cold front.

Cooler and drier weather will follow behind the front next weekend.

Why pharmacies are the fall guys in opioid crisis