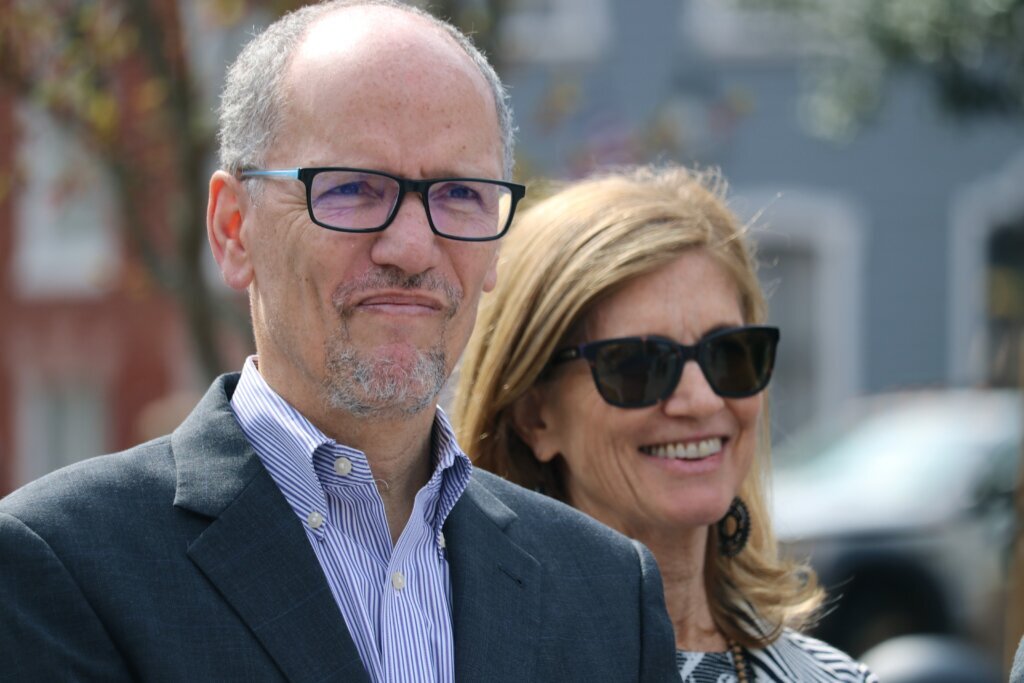 In a statement on Perez’s campaign website, he said: “I congratulate Wes Moore and Aruna Miller on their hard-fought victory. Now is the time for us to unite, and I look forward to aggressively working with them to flip Maryland blue this November.”

“Amid our incredible challenges, I have unrelenting optimism that Marylanders can meet this moment,” he added. “Together, let’s ensure Wes Moore and Aruna Miller are our next governor and lieutenant governor!”

On his campaign Twitter, Wes Moore commended Perez for a well fought campaign.

I spoke with @TomPerez earlier this afternoon and commended him for his hard-fought and principled campaign. I look forward to working with him to unite the party and win this critical election for Maryland families. https://t.co/q2aoVR593J

As stated by WTOP’s news partners at Maryland Matters, the race remained a tight squeeze through Friday afternoon with Maryland law limiting the counting of mail in ballots until the Thursday after Election Day.

On Friday, Wes Moore became the projected winner of the Democratic primary for Maryland governor, The Associated Press reported. He will take on Republican Dan Cox, who has the endorsement of former President Donald Trump.

Polls had shown it as a tight race, with both Perez and Moore closing strong for months, followed by Franchot, who conceded Friday afternoon.

Franchot congratulated Moore while thanking his supporters in a tweet on Friday.

“With voting rights, Roe v. Wade, health care, common sense gun control, climate change, and economic stability being the key issues of this moment, it is vital that Marylanders come together to elect a Democrat to be the next governor,” Franchot said.

If elected, Moore would be the state’s first Black governor.

There were 10 candidates in the Democratic primary for governor, including Perez, a former U.S. labor secretary and former Democratic Party chair; and Franchot, the state’s four-term state comptroller.

WTOP staff contributed to this report.

Czech prince William Rudolf Lobkowick is preserving heirlooms from his family's 700-year-old legacy, which were stolen by the Nazis and Communists, using NFTs

Today24.pro
Chinese Tourist Hot Spot Sanya Imposes COVID-19 Lockdown The Shins Off-Air Performances Troy Deeney: With Haaland and Nunez, Man City and Liverpool are so good it’s a joke… the others won’t get close 2023 Audi S3 & RS3 Buyers Guide Is it worth it? How does it compare?