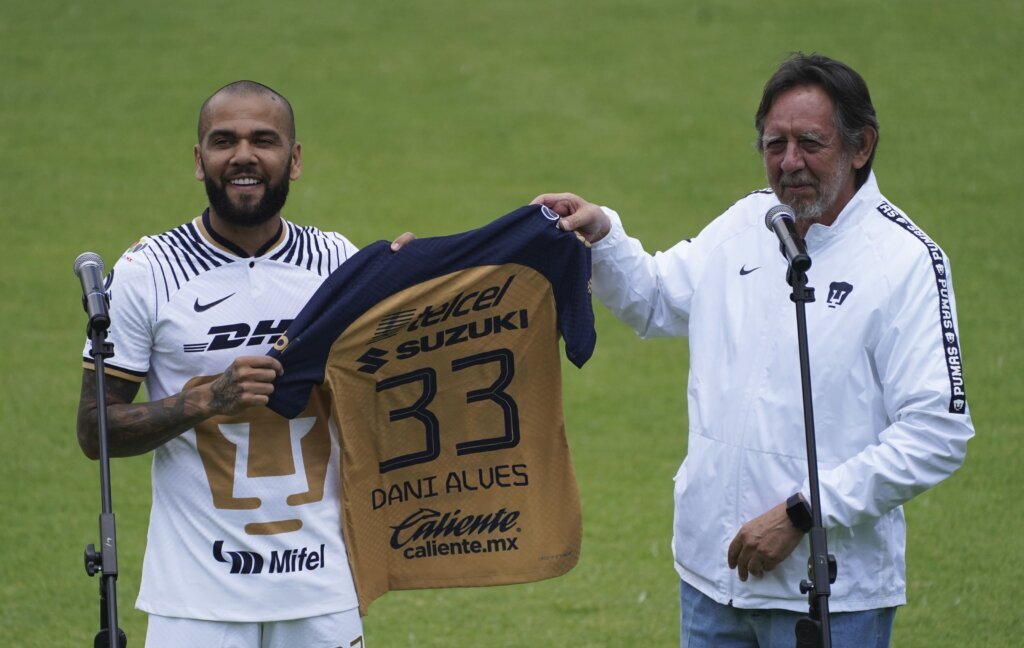 MEXICO CITY (AP) — When Dani Alves left Barcelona a few months ago, several teams were deemed possibilites for the next stop in his illustrious soccer career. One of the least likely seemed to be Pumas of the Mexican League, yet that is what the Brazilian star chose.

Alves, who with 44 titles is the most successful player in history, passed his medical tests Saturday and signed a contract to join the Mexico City team.

After signing, Alves went to meet the team’s other players and carried out his first training at the Pumas facilities. He then got a warm welcome when presented to members of the team’s fan club, known as “La Rebel.”

“Coming here for many can be crazy, but for me football is more than kicking a ball or running after it,” Alves said. “Football for me is not a sport, it is something that has transformed my life and I want it to continue to transform the lives of other young people. That’s why I accepted the challenge of coming to university.”

Among some of his most outstanding championships, the 39-year-old fullback has won the Spanish League title six times and three Champions Leagues trophies with Barcelona. He also won two Copa America titles and an Olympics gold medal with Brazil’s national squad.

Although he is a veteran, the arrival of Alves to Mexican soccer is the biggest signing since fellow Brazilian star Ronaldinho played with Queretaro in 2014. For Pumas, Alves is the most high-profile player since Germany’s Bernd Schuster played with the team in 1996.

The signing of Alves surprised many because Pumas has been working in recent years with a modest budget. The club won its last Mexican title in 2011.

The team hopes Alves can be a good influence in the locker room, where in addition to foreign players there is a base of young players who are being bet on as the future of Pumas.

“Beyond the achievements in my career, I like to leave a legacy to younger people so they can keep dreaming and fighting for their dreams, because here is living proof that everything in life is possible,” Alves said.