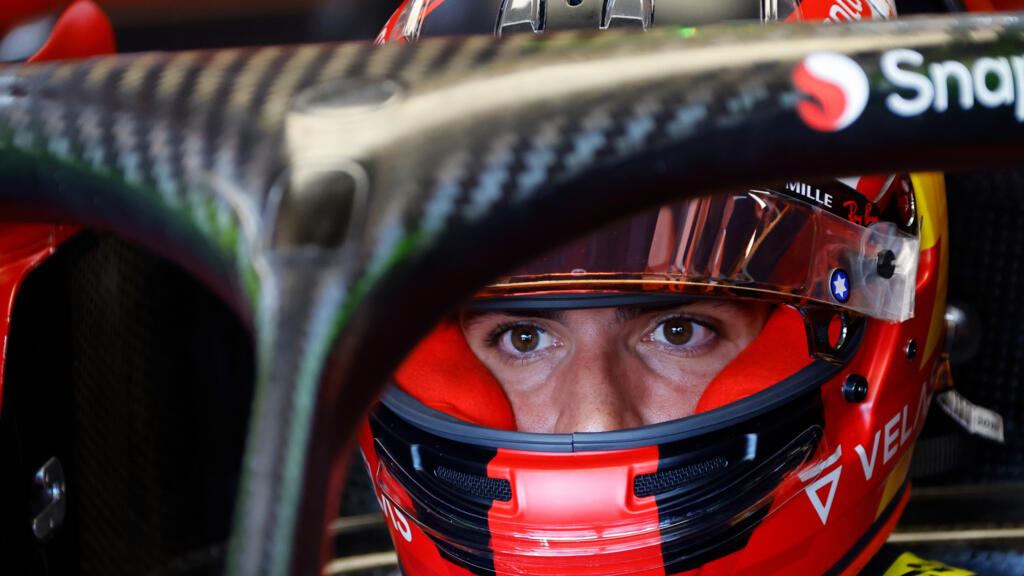 In an perfect display of racing teamwork, the Spanish driver, who will start Sunday's race from the back of the grid, drove to help Leclerc find extra pace on the long back straight. Leclerc gained two-tenths of a second and used the advantage to outpace world champion and series leader Max Verstappen of Red Bull by three-tenths to take his seventh pole position this year and 16th of his career. Sainz, who was quickest in Friday practice, was handed grid penalties after Ferrari fitted a number of new engine parts to his car. He will start at the back alongside Haas's Kevin Magnussen, penalised for the same reason. "I've been very quick here all weekend, so I feel a sense of a bit of frustration personally," said Sainz. "But I am happy that Charles has pole position. He will have to fight with Max at the start, but I believe he can do it – it's all about nailing the start. "Today shows that we are a very solid team. There is a good atmosphere in our team and we are all willing to help each other." Leclerc, bidding to deliver Ferrari’s third successive win and cut Verstappen’s 38-point lead in the title race, heaped praise on his team-mate. "He did the perfect job and his tow helped me a lot – I gained two-tenths there on that straight so in the final sector I had a great mindset. It was a great job by Carlos," he said. Leclerc said he expected a ferocious and close fight with Verstappen in Sunday's race as the two title protagonists line up on the front row for the sixth time this year. "We have higher downforce and that may be good for tyre management, but they are very quick on the straights and it is very difficult to follow here," said Leclerc. "Two different approaches. Only time will tell. Let's see which compromise works the best tomorrow." Verstappen said he understood why Ferrari had opted to use Sainz as a slip-streaming aid for Leclerc. "We didn't have a penalty so that's why we didn't do it," he said. "It is a different situation for us and I can see why they did it. "We are faster on the straights so it will be interesting tomorrow to see which is the fastest philosophy, but here it is all about the tyres and looking after them."