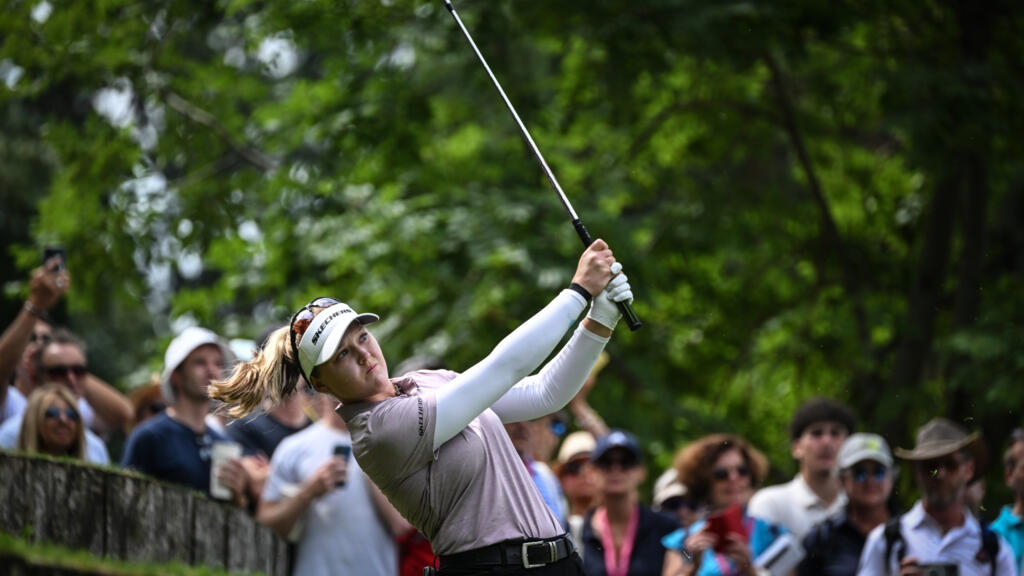 The 24-year-old Canadian led by three shots after back-to-back 64s, and she finished on 17-under par, two ahead of South Korean Ryu So-yeon. The only real disappointment was missing a short birdie putt at the par-five 18th hole. Henderson dropped her only shot of the day at the first, but made four birdies and holed a number crucial par putts. It seemed she could not miss until the three-footer at 18. "It wasn't as good as the first two days, but really hung in there," said Henderson, who was tipped for great things when she won her first major as a teenager at the 2016 Women's PGA Championship. "I made some clutch par saves on (the) back nine, which felt nice. "Not as many birdies on the card. Felt like the course was playing a little bit tougher for me today... "I'm obviously in a great position going into Sunday, which is always a lot of fun. Hopefully just have a great day tomorrow. Hopefully get a good strategy together tonight, and play aggressive." Ryu won the 2011 US Women's Open and claimed a second major at the 2017 ANA Inspiration. The 32-year-old has gone through a relatively lean patch but a new driver and increased confidence will make her a serious final-day threat. The experienced Ryu showed her nerve with three birdies in the last four holes. "I haven't played well for a year or so," she admitted. "I'm excited to be in this position, but also a little bit nervous. If I can hold the trophy it is going to be amazing." Korda loses ground Sophia Schubert, a former US Amateur champion playing in just her second major as a professional, was in third place on 13-under after a fine 66, with Spain's Carlota Ciganda (67) and Kim Sei-young (68) in joint fourth on 12-under. World number one Ko Jin-young stayed in touch on 11-under after a 67, the same mark as Nelly Korda, the American slipping back from second overnight with a disappointing 71. Albane Valenzuela produced the best round of the day -- a seven-under-par 64 and a tie for 11th on 10-under - and the Evian Championship holds a special place in the heart of the 24-year-old. Her parents first met in Evian in the early 1990s and she spent most of her childhood growing up in nearby Geneva. A two-time Swiss Olympian, she first played in the event as an invited amateur. "It felt great today," she said. "I was so grateful to play here as an amateur. It gave me insight into life on Tour and I am proud to be back having earned my spot as a professional. "This is really home, at least in my heart, and I am absolutely loving playing here."