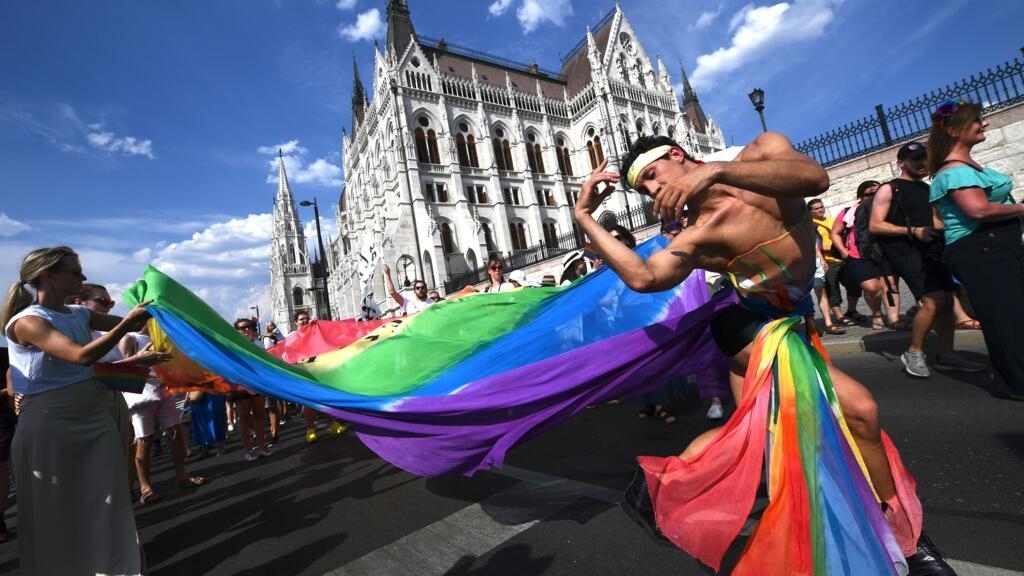 Brightly dressed revellers took to the streets by the Danube under scorching heat, sporting rainbow umbrellas, flags and a giant heart. Participants, who included foreign diplomats, condemned the text adopted in 2021 prohibiting "the representation or promotion" of LGBTQ among minors. "It's a tool to divide people and pit them against each other," said marketing expert Armin, who declined to give her last name. "To be honest (about the situation) it's quite depressing," said Pal Va, an 18-year-old student who said he will leave Hungary in September to study abroad. "I'm lucky to have an accepting family and friends, but so many LGBTQ people I know have to hide," he said, adding that he was recently insulted in the street. "Only because I was wearing a pink T-shirt." Annamaria Nemet, a 54-year-old saleswoman, attended the event in solidarity with her son. "I cannot accept the fact that he is considered a second-class citizen in his own country," she said. "We are a backward society." On one of the city's many bridges, counter-protesters displayed a banner comparing homosexuality with paedophilia. The controversial law, originally aimed at fighting sexual crimes against children, caused an uproar in Europe last year. Commission President Ursula von der Leyen previously called the bill "a shame". The European executive subsequently launched an infringement procedure against Hungary, before referring the matter to the EU Court of Justice in mid-July. The nationalist and ultra-conservative Prime Minister Viktor Orban, whose country is in the crosshairs of Brussels for its attacks on the rule of law, insists that the law is not homophobic and aims to "protect the rights of children". On Saturday, during a speech in Romania, he reaffirmed the government's position. "The father is a man, the mother is a woman, leave our children alone," he said, dismissing "Western nonsense" around the issue.