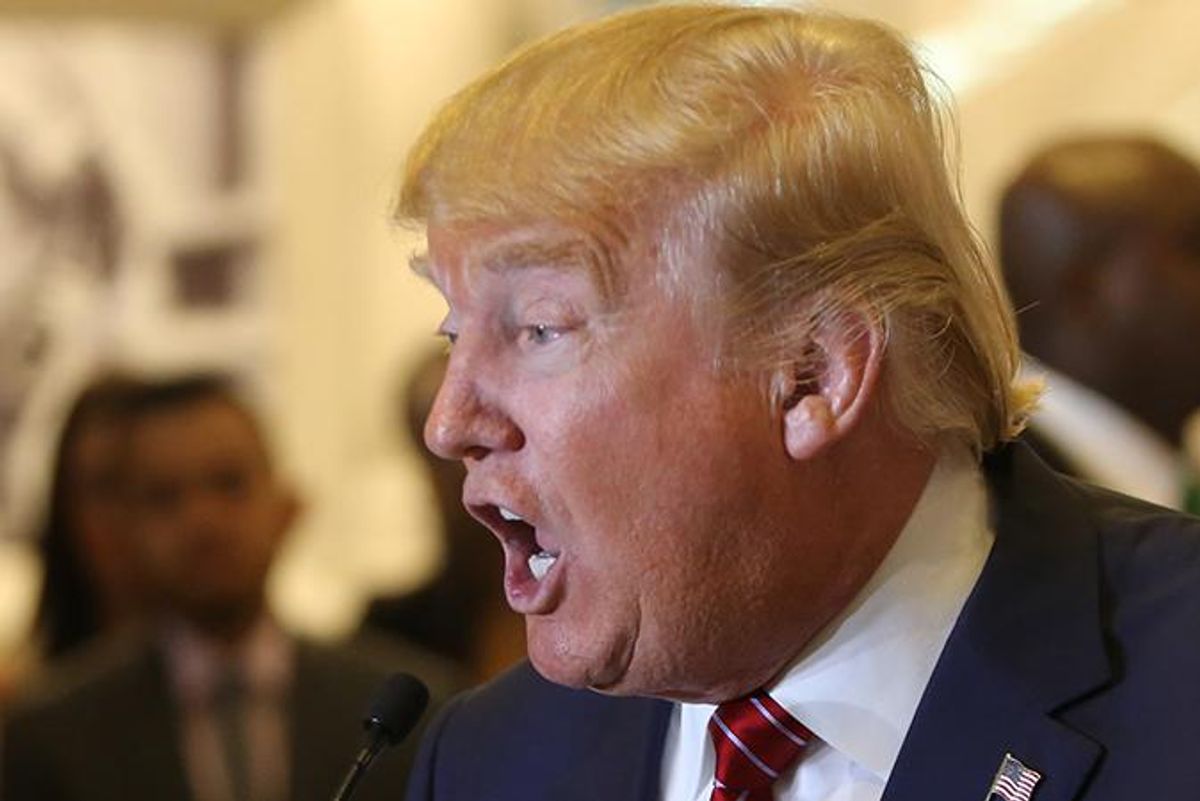 Speaking over the weekend, House Select Committee member Rep. Adam Schiff (R-IL) cited "seditious conspiracy" as a charge for former President Donald Trump. Rep. Liz Cheney (R-WY) made the same comment when the first hearing unfolded and she made a detailed opening statement.

Among the things she promised, she said, that the committee will detail "plots to commit seditious conspiracy on January 6th."

Since then, MSNBC's Nicolle Wallace explained, Cheney has made it clear that she, "has made abundantly clear there's one person on trial and his name is Donald Trump, and in the court of public opinion, Liz Cheney has accused Donald Trump of obstruction an official proceeding ... there are fraud allegations being levied against him in the court of public opinion by this congressional committee."

Former deputy assistant attorney general Harry Litman said that it sounds to him that Kinzinger is alleging that Trump essentially "joined with the people who the department has already charged in the most serious thing and actually acted to try to overthrow the republic."

He went on to say that there are three "solid" charges he thinks that the Justice Department could try Trump with, but that the fourth cited by Kinzinger is possible but requires identifying co-conspirators.

"I think that's one where there's a very big dot for the DOJ to fill in, but on the others, basically, they seem different and convoluted," he said, noting that the way to spot the crime is to, "just look for a lie at the bottom. So, the alternate slates of electors, you just heard the email from [John] Eastman saying 'the fact that there are alternate states of electors.' That's not a fact. In fact, it's a fiction, and when you have that kind of knowing lie that's what's going to anchor one of the charges they think can be proven easily so far. Seditious conspiracy, [that's] the big-ticket item that they haven't shown yet with respect to Congressman Kinzinger. His hearing hasn't happened yet. So, we don't know what the evidence is that he will present."

Just look for the lie at the bottom www.youtube.com

Today24.pro
Lonnie Walker to Lakers SANDCAST: Deahna Kraft only knows one speed, ‘All in, or nothing at all’ Christian Thun faces Curtis Harper on July 9 ProBoxTV card in Florida Canadian Wood Council mass timber fire test performed as expected