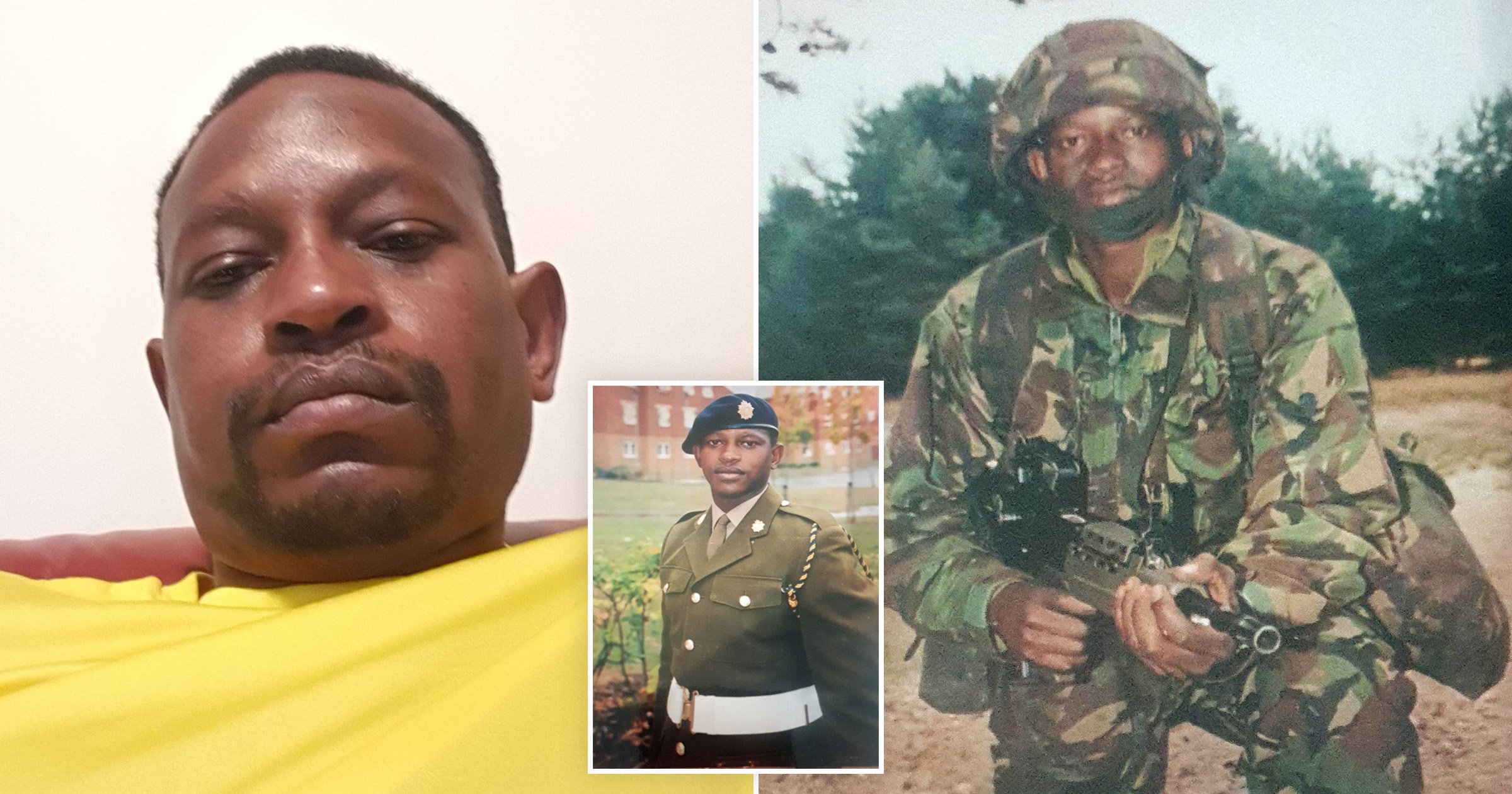 A British Army veteran who has lived in the UK for over 20 years is ‘living in fear each and every second’ of being deported to Zimbabwe.

Joram Nechironga, 42, served in Iraq during his five years in the armed forces here.

But he is now in a legal battle with the Home Office who want to deport him to Zimbabwe, where he says he now has no connections and it would be dangerous for him.

Father-of-two Mr Nechironga said he suffers from post-traumatic stress disorder (PTSD) linked to his experiences on the frontline, which at one stage saw him turn to drinking.

He served 17 months in prison until 2019 as a result of a conviction for assault of a family member.

Since then, the government is now seeking to remove him from the country.

Mr Nechironga said he apologises for his mistakes and wants to be given the chance to continue his life in the UK and receive the treatment he needs for his mental health.

The House of Commons has heard he has ‘turned his life around’ working as a painter and decorator after his release, with his local MP for Coventry Zarah Sultana urging ministers to intervene.

Mr Nechironga served with 9 Supply Regiment, based at Hullavington Barracks in Wiltshire.

The Coventry resident is now hoping to raise funds to launch a judicial review.

He fears for his safety if he is returned to Zimbabwe and claims he was ‘tortured and beaten’ for serving in the British Army and was viewed as a ‘spy’ during his last visit in 2006.

The Home Office does not accept this claim due to ‘inconsistencies’ in Mr Nechironga’s account and wants him to leave the country as soon as possible.

His latest submissions for a protection claim and for his deportation order to be revoked have been rejected by the Home Office.

He said: ‘I’m living in fear each and every second, they have put my life on hold.

‘I went to prison and did my time and after I did my probation and finished.

‘I have not had any problems living with people in the community. I’m not a person who has been to prison so many times, it was my first time since I have been in this country.

‘To make a judicial review, that’s my only hope at the moment and it’s important for me, only I have to look for help from my partner and family if they could help me but they are mentally and financially drained from helping me.’

Mr Nechironga was granted indefinite leave to remain in the UK in August 2007.

He was served with a decision to deport in January 2019 after he was sentenced to 32 months in jail, of which he served 17 months, with 15 months on probation.

Mr Nechironga spent almost a month in Colnbrook Immigration Removal Centre, near Heathrow, between February and March this year and was almost deported on March 2.

He said: ‘I feel hopeless every time I hear a knock on my door. I just feel weak because of the way the immigration enforcement came and picked me up.

‘It was scary for me because I wasn’t expecting treatment like that with my PTSD and the way they wanted to deport me and put me on a bus.’

Since his release from Colnbrook, Mr Nechironga said he cannot work, study or claim benefits.

Solicitors acting on his behalf have made representations on the basis of his mental health, PTSD and the ‘dangerous environment’ for him in Zimbabwe.

The Home Office, in response to a claim to receive protection, told Mr Nechironga: ‘It is maintained that you have not established a well-founded fear of persecution, so you do not qualify for asylum.’

Documents show the decisions were taken by the department on April 14, but this was not communicated to Mr Nechironga until June 13.

Andrew Nyamayaro, of Tann Law Solicitors, said this appeared to be a ‘ploy’ to frustrate a judicial review as it has to be submitted to court within three months from the date of decision.

Mr Nyamayaro, who has provided legal representation for Mr Nechironga, said: ‘For reasons best known to themselves, the Home Office made the decision in April but faxed it to us a few days ago.’

He added: ‘Joram still faces a risk of deportation and hence the importance to do a judicial review.’

Mr Nyamayaro said he has advised Mr Nechironga to seek a firm still offering legal aid as they no longer take legal aid cases and instead would have to charge him.

He added: ‘Any financial well-wishers are welcome if he is to continue with us as he is struggling financially.’

Costs linked to a judicial review could amount to more than £3,000 and increase further if there is an oral hearing.

The Home Office said Mr Nechironga has three months to launch a judicial review from the date he received the letter, rather than from the April date contained on the letter.

A Home Office spokesman said: ‘Our priority will always be to keep our communities safe, which is why we make no apology for seeking to remove foreign criminals and since January 2019 we have removed more than 10,000.’