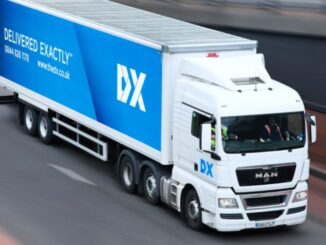 DX Group has entered an 11th hour battle to keep its shares listed on AIM after they were temporarily suspended from the trading platform in January this year, following the company’s failure to publish its annual audited results.

The company has announced it has hired auditor PKF Littlejohn and will enter into negotiations with the Stock Exchange, which runs AIM, on whether it can be allowed to deliver its audited annual accounts later than AIM’s 5 July deadline. Under AIM Rule 41, failure to meet the deadline could see DX Group forced to quit trading on AIM.

This is the latest development in what has been a rollercoaster ride for the group and its shareholders that began in December last year when it emerged that an ongoing internal investigation into a “corporate governance inquiry” at DX was preventing its auditor Grant Thornton from signing off on the company’s 2021 accounts. The delay resulted in DX’s shares on AIM being suspended in January this year.

Shortly after Grant Thornton resigned as auditor, citing concerns about “actual or potential breaches of the law and/or regulations” by DX or DX employees; the performance of the investigation and the corporate governance inquiry; concerns about the “action” taken by DX in response to the evidence generated by the investigation and inquiry; and the “provision of inaccurate information”, which Grant Thornton believed “did not give a full picture of the scale and seriousness of the facts”.

The group has been struggling to hire an auditor since Grant Thornton’s resignation In January. PFK Littlejohn is the third auditor the group has had in less than two years.

“Once the company and PKF have agreed the 2021 audit timetable, the company will commence discussions with AIM - to seek a derogation from AIM Rule 41 in order to allow time for the 2021 Audit to be completed.”

Despite its problems DX Group is continuing to drive its expansion programme, recently launching its third new depot this year at a new site in Dartford, Kent.

The group said the opening of the Dartford site in March was part of wider plans to open at least 12 additional depots over the next two years, in a drive to increase the group’s delivery capacity and service levels.

Police confirm report on lady who strips naked, barks like a dog

Today24.pro
SANDCAST: Deahna Kraft only knows one speed, ‘All in, or nothing at all’ Lonnie Walker to Lakers Christian Thun faces Curtis Harper on July 9 ProBoxTV card in Florida Canadian Wood Council mass timber fire test performed as expected