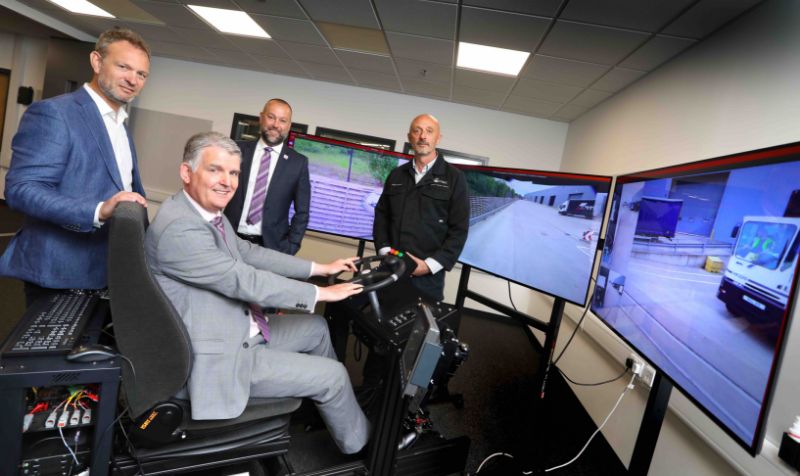 The trial of an autonomous Terberg electric HGV, designed for final-mile delivery, has been completed successfully, according to the consortium leading the project.

The pilot, which took place on the 9 and 10 June, saw a Terberg HGV, retrofitted with autonomous technology, remotely test driven as part of the £4.9m government-funded 5G Connected and Automated Logistics (CAL) trial.

The Terberg YT202, which is designed for moving trailers in distribution centres, transport depots and container terminals, was retrofitted by StreetDrone with drive-by wire components and a myriad of sensors and cameras.

The trial took place in Sunderland, between Vantec Europe’s and Nissan’s factories, following rigorous tests and a simulation study.

The trial saw the autonomous HGV face a series of driving challenges such as roundabouts, security gates, traffic lights, bridges and junctions, with the aim of developing large-scale autonomous supply chains. The use of 5G enabled the removal of the safety driver from the process.

Martin Kendall, Vantec Europe MD, said: “Having our drivers involved during the operational phase in both the ‘In Cab’ and Tele Ops activities has really enabled the workforce to see the benefits regarding new skills that will come to our industry.

“It really was exciting to see Vantec delivering a loaded vehicle into Nissan using the autonomous and tele operations.”

He added: “The prospect of taking our findings further and exploring the advantages the pilot has revealed, is very promising for the future of Connected Automated Logistics.

“This marks a significant milestone for the industry and for the use of next generation 5G technology to drive powerful future solutions.”

Mike Potts, StreetDrone co-founder and chief executive, said the majority of the distribution and logistics market is “demanding increased automation to improve quality and productivity while reducing the cost and environmental impact of operations”.

“The repetitive driving of articulated goods vehicles along an arterial route on the manufacturing site is now partly enabled by autonomous and teleoperated software, a useful substitute for scarce HGV drivers.”

He added that buying new machinery to deliver automated services makes no economic sense when companies want to cut costs through automation.

“Our methodology is distinct as it builds a pathway for autonomous operations to deliver savings immediately, keep overheads light and ensure the business ambition is matched with technology readiness.”

"This is one of the flagship projects funded by our £30m 5G Create competition and is crucial to boosting the country's productivity, reducing emissions and improving people's lives."

The £30m package consists of £16.4m from the government match-funded by organisations ranging from large tech and telecoms companies to SMEs and local authorities.

Who is Travis Barker’s daughter Alabama?