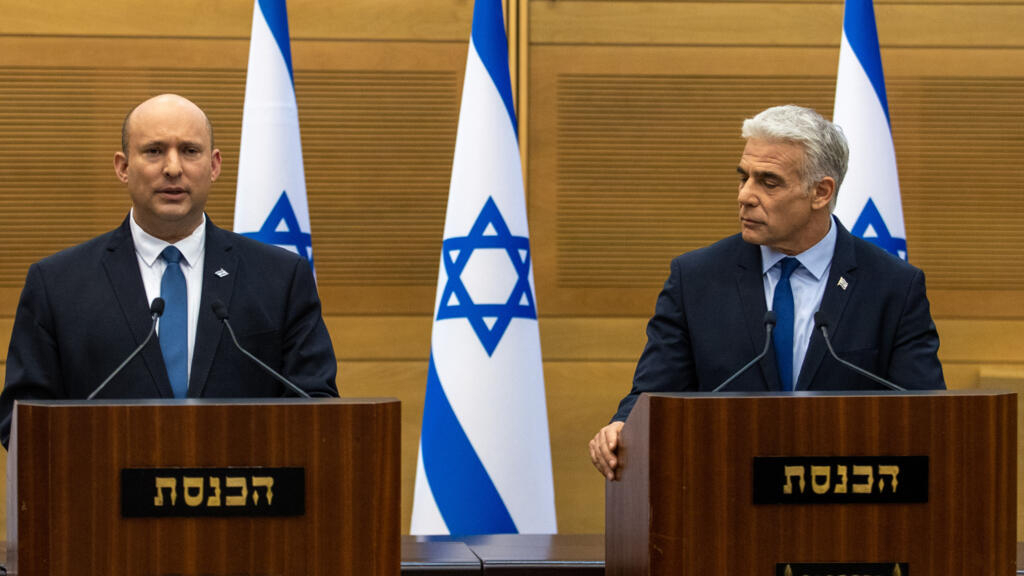 In a joint press conference with Lapid -- the architect of the alliance -- Bennett said he made the "difficult" decision to dissolve parliament in order to protect Jewish settlers in the occupied West Bank. The coalition that includes religious nationalists like Bennett, Lapid's centrist party, hawks, left-wingers and Arab Islamists had until June 30 to renew a measure that ensures West Bank settlers live under Israeli law. Multiple Arab lawmakers within the coalition refused to support the move in a Palestinian territory under Israeli occupation since 1967. Bennett said the expiration of the West Bank measures would have created "security risks" and "constitutional chaos". "I could not allow that," he explained. Dissolving the government before the measure expires means it is automatically renewed until a new government is formed. Bennett and Lapid agreed to a complex power sharing arrangement when they forged their unprecedented, multi-party coalition one year ago and ousted former premier Benjamin Netanyahu. Under their terms, Lapid takes charge of the caretaker government, while Bennett is responsible for dissolving the alliance. "I stand here with my friend Yair Lapid, who will soon take over as prime minister in accordance with an agreement between us," the prime minister, said, promising an "orderly" transition, expected next week. Lapid thanked Bennett for "putting the country before his personal interest".

The risk of bias in denoising methods: Examples from neuroimaging