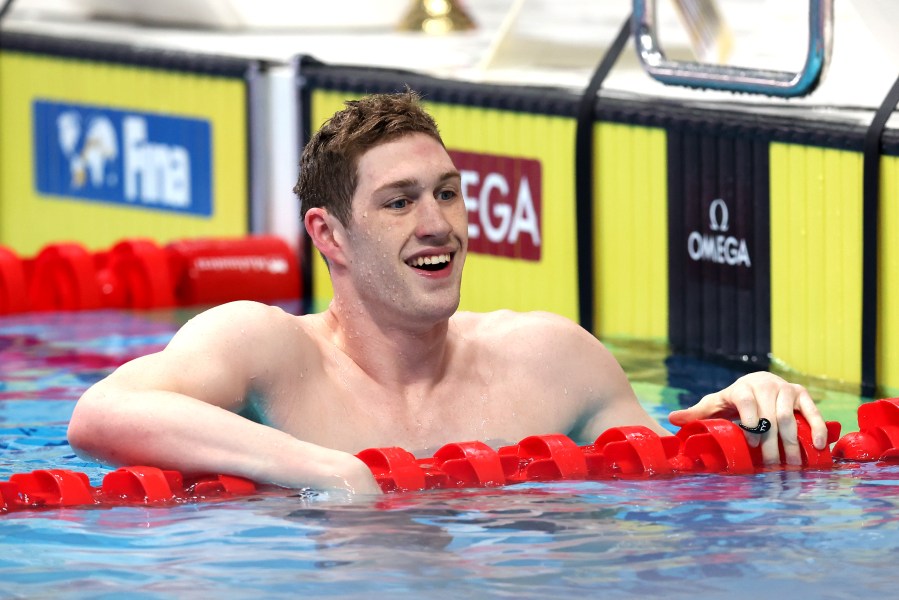 Armstrong helped make it a 2-3 podium finish for the Americans in the event as Ryan Murphy claimed silver. Italy's Thomas Ceccon took gold in world record fashion as he won with a time of 51.60 seconds.

The Ohio State male athlete of the year has now won two medals in Budapest with his first medal a gold in the 4x100m freestyle relay.

Armstrong will still look to win individual gold at this year's World Championships in the 50m backstroke, an event he set a new world record in this year.

The men's 50m backstroke final is scheduled to take place Saturday in Hungary.

Today24.pro
Lonnie Walker to Lakers SANDCAST: Deahna Kraft only knows one speed, ‘All in, or nothing at all’ Europe dominate World swimming and diving podiums Canadian Wood Council mass timber fire test performed as expected