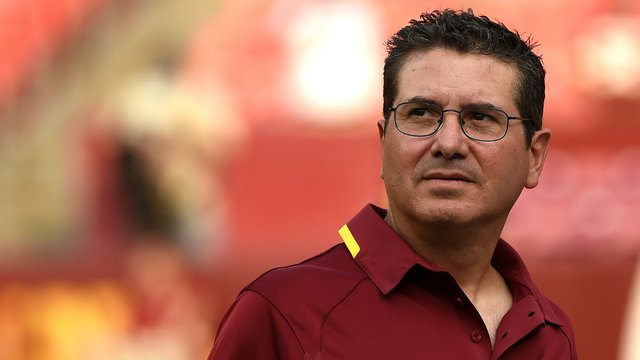 The House Oversight and Reform Committee is blasting Washington Commanders owner Dan Snyder after he declined to testify at an upcoming hearing on workplace misconduct claims related to the NFL franchise, saying he has a business conflict in France.

According to a letter from the panel, Snyder also declined to testify at the Wednesday hearing because the committee did not make clear why he was being subpoenaed. His legal team also said that state and internal NFL investigations made his testimony in front of the congressional panel moot.

Committee Chairwoman Carolyn Maloney (D-N.Y.), however, said Congress has the authority to conduct parallel investigations along with state agencies and that misconduct claims against the Commanders organization have been reported as early as 2019.

She also said the panel outlined the goal of the hearings and would send further questions if needed. As for the business conflict, she offered to allow Snyder to testify via video call from France, arguing there was no scheduling conflict around remote testimony.

Whether Snyder testifies or not, the committee intends to "uncover the truth about the toxic workplace culture at the Commanders," Maloney wrote.

"Mr. Snyder’s refusal to testify at the June 22 hearing would be inconsistent with his repeated commitments to cooperate with the Committee and cast doubt on your assertion that the Commanders are now a 'model of how to make extraordinary improvements in workplace culture,'" she wrote.

Through his attorney, Snyder sent a letter to the committee on Wednesday that said he was declining to testify but would cooperate with lawmakers in all other respects. He also said the Commanders organization, formerly known as the Washington Redskins, was making institutional changes to improve the workplace.

The committee launched an investigation into the Commanders in October amid allegations of sexual harassment and workplace misconduct following the reveal of emails from former Commanders President Bruce Allen that contained racist, homophobic and misogynistic language.

The NFL has already fined the Commanders $10 million after an investigation revealed a toxic workplace culture at the football organization. Another investigation from within the Commanders was launched after a former cheerleader accused Snyder personally of sexual harassment in the 2000s.

In her letter, Maloney said the committee's investigation is pertinent to ensuring other sports teams don't suffer from the same toxic culture.

"The ongoing investigation will inform legislative efforts to strengthen protections for employees across all workplaces, including efforts to prevent and address toxic work environments and workplace investigation processes," she wrote.