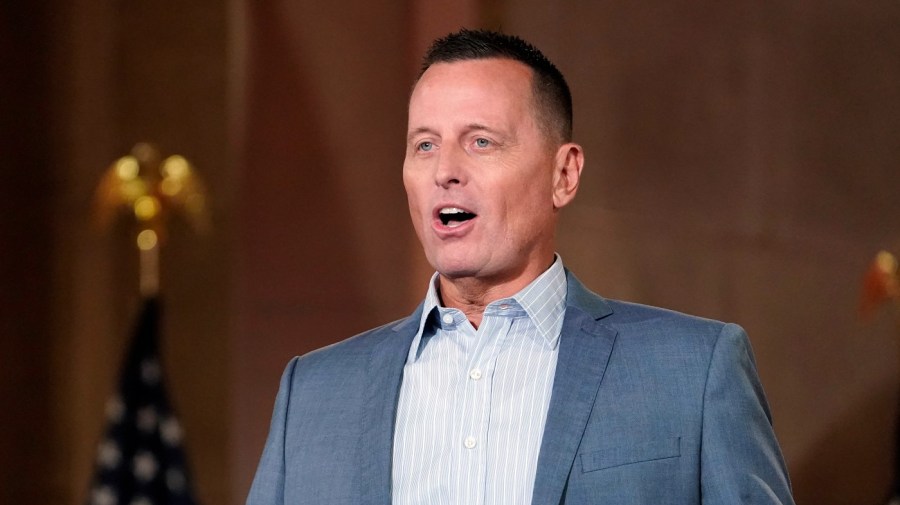 Former acting Director of National Intelligence Richard Grenell is heading to Iowa amid early speculation that he could be a prospective running mate for former President Trump in a potential 2024 White House bid.

Grenell is slated to address the Westside Conservative Club in Urbandale, Iowa, on Wednesday and the Dallas County GOP on Thursday. In a tweet, Grenell said that he’ll be speaking about “Donald Trump’s America First strategy.”

The appearances are likely to stir further speculation that Grenell may be angling for the role of Trump’s running mate in 2024 should the former president mount another campaign for the White House.

Iowa is the first state to hold its presidential nominating contests, and prospective presidential contenders tend to flock there months, or even years, before making their ambitions public.

Grenell, who isn’t seen as a possible presidential candidate himself, has a lengthy history of working for Trump. He served as the former president’s ambassador to Germany for two years, as well as the acting director of national intelligence and as a special presidential envoy for Serbia and Kosovo Peace Negotiations.

Perhaps most important to Trump: Grenell has echoed the former president’s false claim that widespread voter fraud robbed him of a second term in the White House in 2020.

Blazers needed to have a strong offseason to persuade Damian Lillard to sign extension?

Today24.pro
SANDCAST: Deahna Kraft only knows one speed, ‘All in, or nothing at all’ Christian Thun faces Curtis Harper on July 9 ProBoxTV card in Florida Lonnie Walker to Lakers Canadian Wood Council mass timber fire test performed as expected