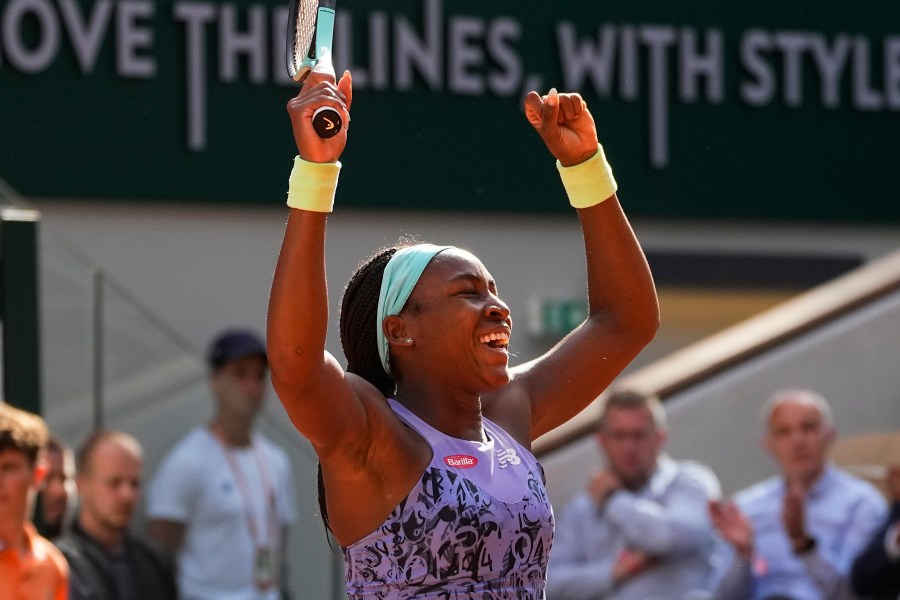 When 18-year-old American tennis star Coco Gauff became the youngest Grand Slam finalist in women’s tennis since Maria Sharapova in 2004, I cheered. When she lost to Poland’s Iga Swiatek at the French Open this month, I cheered again.

Women have come a long way in sports. But it has taken grit, determination and enormous patience for women and girls to be truly valued and to find their equal footing with men.

This week we celebrate the 50th anniversary of the passage of Title IX, the landmark legislation that gave women athletes the right to equal opportunity in sports and federally funded educational institutions. It was passed by Congress and signed into law by President Nixon on June 23, 1972.

50 years later, there is a lot to celebrate.

Banning sex discrimination at federally funded schools opened the way for women and girls. Since Title IX’s passage, female participation in high school sports has grown by 1057 percent and in college sports by 614 percent.

In 1972 there were just over 300,000 women and girls playing high school and college sports in the United States, and female athletes received only 2 percent of college athletic budgets and barely a single scholarship. Title IX prompted more women to seek educational advancement.

That one piece of groundbreaking legislation also paved the way for women in professional sports and representation in the Olympics. In 1972 only 90 women joined the U.S. Olympic team. By 2016 American women dominated Olympic sports from gymnastics and basketball to swimming.

In her book “Strong Like A Woman,” Fox Sports journalist Laken Litman chronicles the inspirational stories of 100 female athletes who revolutionized their sports and paved the way for future generations of young girls and women.

I asked Litman what Title IX means to her as a female sportswriter. “Growing up I had the opportunity to play sports, in part because of Title IX, and that led to my career covering sports,” she said.

One of the women profiled in Litman’s book is legendary basketball coach Pat Summitt, who won eight NCAA championships.

Summitt, who died in 2016, seemed larger than life to many of us — a hero for women and girls. But her story is a reminder of what it was like in the early days as told in a forthcoming book by New York Times bestselling author Andrew Maraniss entitled, “Inaugural Ballers: The True Story of the First U.S. Women’s Olympics Basketball Team.”

Interviewed by the Tennessean newspaper, Maraniss reveals that Summitt told him about sleeping in a sleeping bag on the opposing team’s floor because they couldn’t afford a hotel. “They were supposed to sew their jersey numbers on their own uniforms, but she didn't know how to sew so she put her number on with a paper clip or a safety pin or whatever she could find." Maraniss told the paper.

A half-century later, there are still signs of inequality in women’s sports. Cases have been brought by women athletes in the NCAA, for example, where there remain disparities between men’s and women’s events in terms of resources, uneven workout and training facilities, spending, pay and conditions for play.

Investigations like one by USA Today found that some colleges inflate their numbers of women athletes by padding the rosters on existing teams instead of creating new teams.

When it comes to women and sports, the obvious question is: Do audiences care as much about women’s’ sports as they do about men’s sports? My answer is that people would probably be more interested in women’s sports if the media covered them more.

A 30-year study by the Nieman Journalism Lab released last year found a systemic problem with media ignoring women’s sports. “Our analysis shows men’s sports are the appetizer, the main course, and the dessert, and if there’s any mention of women’s sports it comes across as begrudging ‘eat your vegetables’ without the kind of bells and whistles and excitement with which they describe men’s sports and athletes.” As Litman reminded me. “I’m often the only woman in the press box or covering a sport.”

Title IX paved the way. But the next 50 years must be about renewed advancement and determined progress on the field and courts, and in the media.

Tara D. Sonenshine is the Edward R. Murrow Professor of Practice in public diplomacy at The Fletcher School of Law and Diplomacy at Tufts University.

A Portrait of the Artist Who Never Makes Art

Today24.pro
Lonnie Walker to Lakers SANDCAST: Deahna Kraft only knows one speed, ‘All in, or nothing at all’ Christian Thun faces Curtis Harper on July 9 ProBoxTV card in Florida Athletics’ Adrian Martinez will get starting assignment in Seattle