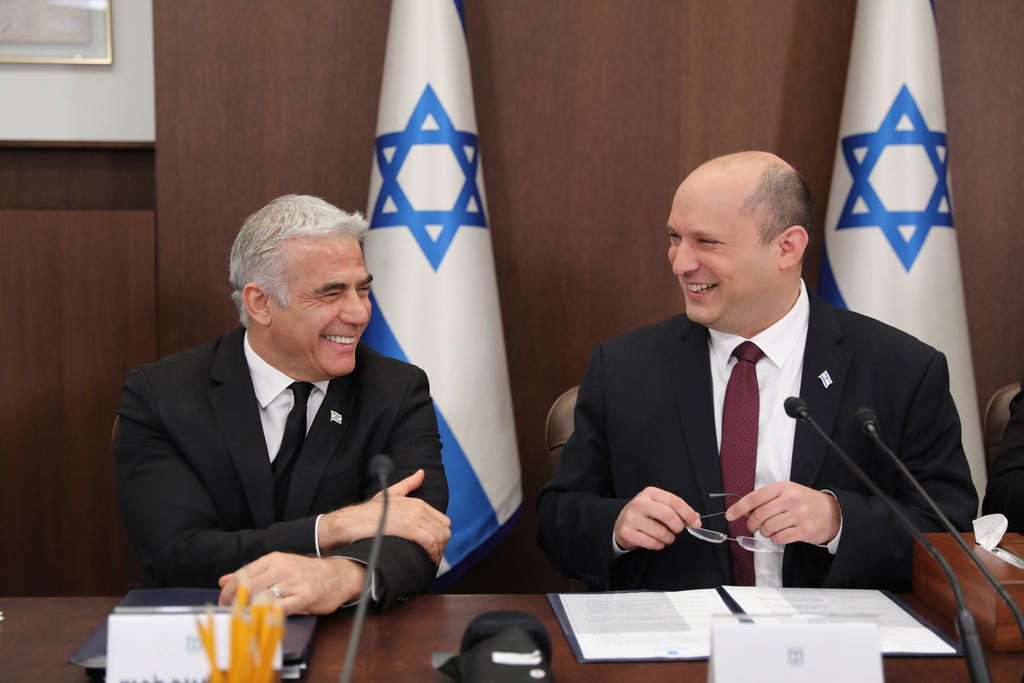 The vote, expected later this year, could bring about the return of a nationalist religious government led by former Prime Minister Benjamin Netanyahu or another prolonged period of political gridlock.

In a nationally televised news conference, Prime Minister Naftali Bennett said it wasn’t easy to disband the government, but he called it “the right decision for Israel.”

THIS IS A BREAKING NEWS UPDATE. AP’s earlier story follows below.

JERUSALEM (AP) — Israeli Prime Minister Naftali Bennett’s office announced Monday that his weakened coalition will be disbanded and the country will head to new elections.

The election, expected in October or November, would be Israel’s fifth in three years. The election could also set the stage for a return to power by longtime Prime Minister Benjamin Netanyahu, who is now the opposition leader.

Bennett has struggled to keep his unruly coalition of eight parties together since it took office one year ago, and defections have left the crumbling alliance without a majority in parliament for over two months.

Bennett and his main coalition partner, Yair Lapid, decided to present a vote to dissolve parliament in the coming days, Bennett’s office said. Lapid is then to serve as caretaker prime minister.

Bennett formed the eight-party coalition in June 2021 after four successive inconclusive elections. It included a diverse array of parties, from dovish factions that support an end to Israel’s occupation of lands captured in 1967, to hardline parties that oppose Palestinian independence. It made history by becoming the first Israeli coalition government to include an Arab party.

The alliance made a series of accomplishments, including passing the first national budget in several years and navigating a pair of coronavirus outbreaks without imposing any lockdowns.

But eventually it unraveled, in large part because several members of Bennett’s hard-line party objected to what they felt were compromises made by him to keep the coalition afloat and his perceived moderation.

The dissolution threatened to overshadow a visit scheduled next month by President Joe Biden. Israeli media quoted Biden’s ambassador, Tom Nides, as saying the visit would take place as planned.

Netanyahu said the imminent dissolution of parliament was “great tidings” for millions of Israelis, and said he would form “a broad nationalist government headed by Likud” after the upcoming elections.

Israel held four inconclusive elections between 2019 and 2021 that were largely referendums about Netanyahu’s ability to rule while on trial for corruption. Netanyahu denies wrongdoing.

Opinion polls have forecast that Netanyahu’s hardline Likud will once again emerge as the largest single party. But it remains unclear whether he would be able to muster the required support of a majority of lawmakers to form a new government.

Knowledge, attitude, and hesitancy towards COVID-19 vaccine among university students of Bangladesh

Why are people flying their American flags upside down?

Today24.pro
Fulton vs Akhmadaliev next is a no-brainer, but will we get it? Eblen knew he would beat Mousasi at Bellator 282: ‘I expected it’ Royals vs. Athletics Friday game thread Canelo Alvarez blasts ‘a**hole’ Gennady Golovkin as he prepares for third fight with boxing rival