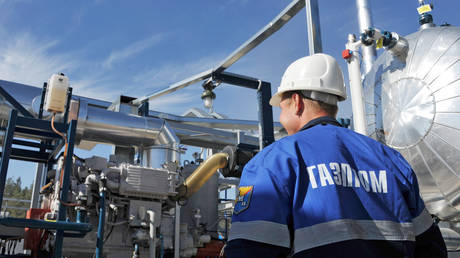 Commenting on last week’s reduction of gas supplies to the EU, Peskov noted that Russia remains “the most reliable supplier,” but the restrictions have made delivery technically impossible.

“From the technological point of view, the mechanical infrastructure of the pipeline is suffering because of the sanctions imposed by the EU. The pumping facilities, namely the turbines, have to undergo maintenance. But the turbines cannot be returned; that is, the Europeans are not returning them,” Peskov said.

Russia’s Gazprom cut off the natural gas supply to Germany via the Nord Stream pipeline by 60% last week, citing the failure by Siemens Energy to return a piece of equipment to a compressor station “in due time” after it was sent to Canada for repairs.

Siemens Energy said it was unable to deliver the part due to Canadian sanctions on Russia. Berlin called Gazprom’s decision “political.”

“There is simply nothing to pump with,” Peskov explained. “This is a man-made crisis created by the EU. We have gas, it’s ready to be delivered, but the Europeans have to give back the hardware. And repair the hardware in line with their commitments.”