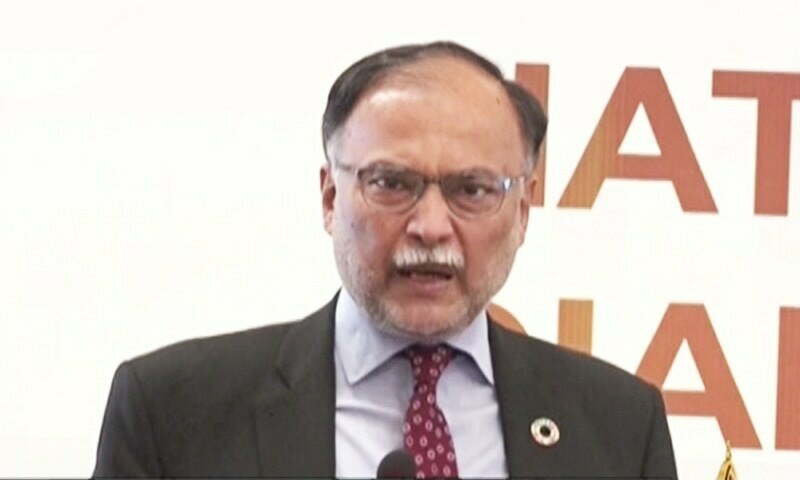 Planning Minister Ahsan Iqbal on Monday said corruption was not the primary reason holding back Pakistan's economic development, claiming that there were examples of countries that managed to progress despite similar levels of corruption.

The PML-N leader indicated that the far bigger impediments to Pakistan's growth were "political instability and policy reversals" as opposed to corruption.

Addressing a seminar in Islamabad, he said: "The biggest lesson today is that I can count many countries in the world that have developed despite having similar corruption as ours but you can't point out a single country that has progressed despite political instability and discontinuity of policy."

Iqbal quoted the examples of Bangladesh and India, which he said have managed to grow even though their corruption problem was just as severe as Pakistan's.

He said there was a "structural problem" that wasn't allowing Pakistan to take off, as he stressed that reforms would require "at least a decade" to truly work. If there was not a continuation in direction for 10 years then no good measure would yield results, he added.

"We have failed to give continuation to policies in this country and a big reason for that is our internal political situation."

“We have to move towards export-led growth,” he said, adding that Pakistan was lagging behind others in the region as its tax-to-GDP ratio had never been above 12 per cent.

He lamented that Pakistan was also lagging behind in exports compared to others in its region.

The planning minister said that present foreign direct investment stood at a mere $1.5 billion while in Vietnam it was $30bn.

Furthermore, he pointed out that Pakistan’s savings to investment ratio was very low.

Iqbal said that Pakistan had not paid attention to its human resource development, and the dream of economic development could not be fulfilled with inadequate education levels.

“We have to make our youth skilled and educated. Because of the CPEC (China Pakistan Economic Corridor) project, we got the attention of the world. The world wanted to invest here,” he said.

The planning minister said that in order to balance its annual budget, Pakistan would have to move towards export-led growth so that the economy could become sustainable and inclusive.

Trump thinks announcing a 2024 run now could distract from the January 6 hearings, a report says. Some Republicans worry he could hurt them in the midterms.

Today24.pro
US tennis player Taylor Fritz pulled off an amazing diving shot at Wimbledon that was so good his opponent had already started celebrating winning the point ‘Our strong bond was the most special part’: top-10 Badminton horse dies, aged 25 Briedis vs Opetaia: Live updates and results, 5 am ET Gaethje getting nose surgery, aiming for ‘one last’ UFC title push