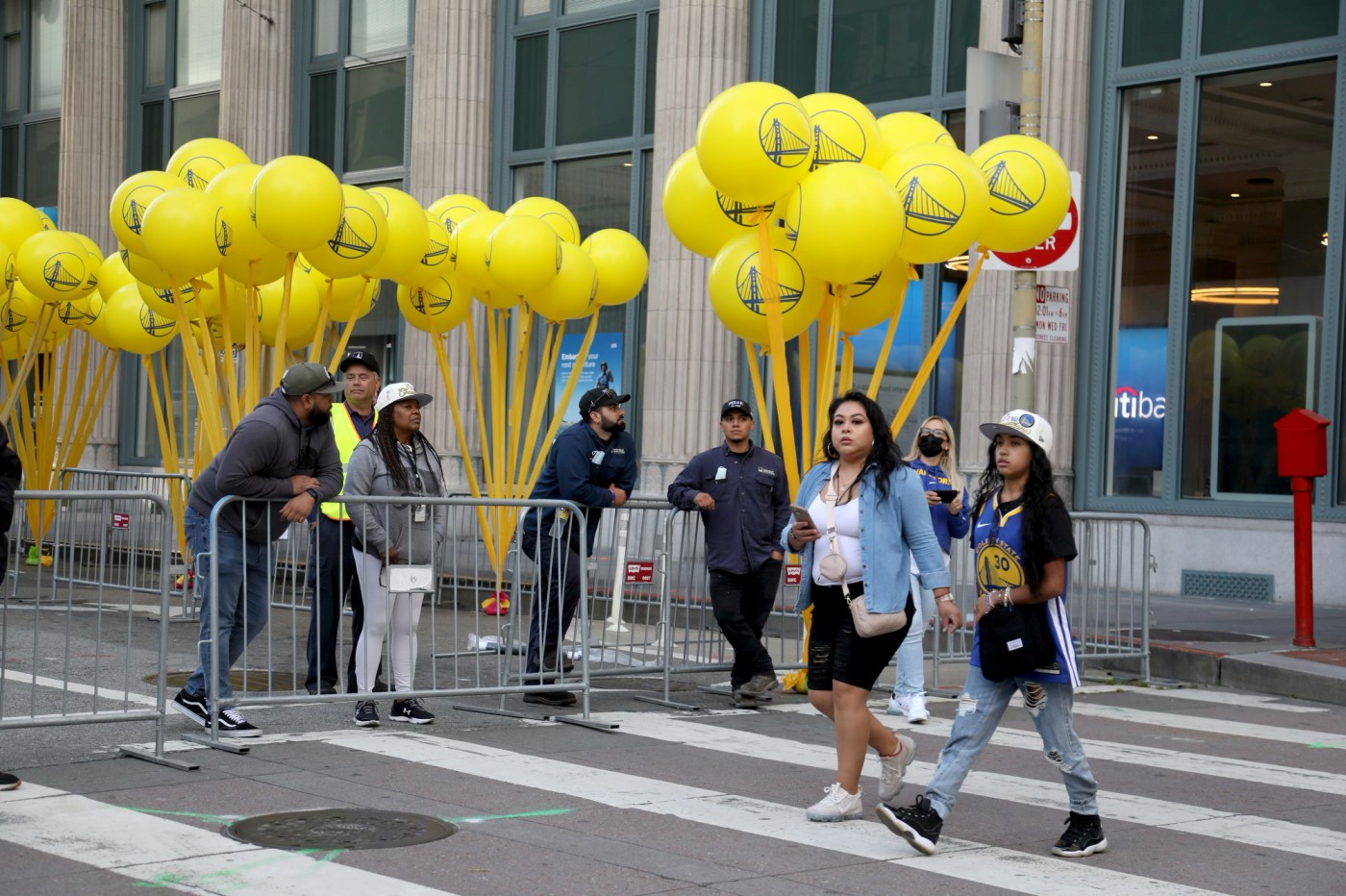 SAN FRANCISCO — The Golden States Warriors are parading through San Francisco Monday after clinching their fourth championship in eight years with a victory over the Boston Celtics in the NBA Finals.

It’s the first time the Warriors are celebrating a championship in the city, home to the Chase Center, as the previous three championship parades snaked through Oakland.

That decision was met with some frustration from East Bay fans who saw their team move across the Bay after the 2019 season.

At 6:30 a.m., nearly five hours before the scheduled start time of the parade, both sides of Market Street were already filled with people in camping chairs and laying on blankets. Shouts of “Waaaaaarriors” echoed off the sides of the concrete corridor. Car horns were blasting in celebration.

Francisco Vasquez and Carlos Morales, both of San Jose, made the early-morning trip.

Across the Bay, Patty Kwea was one of many fans clad in blue and gold hopping on a BART train in Walnut Creek after her drive in from Dixon.

“It’s not like we haven’t done this before,” said Kwea. “But this is the sweetest.”

Speaking of sweets, Mia Barton and her son Andrew of San Bruno showed off their sign on Market Street just for the occasion.

“Holy cannoli,” it read in reference to Klay Thompson’s quip during a live interview after the Warriors sealed the title Thursday night.

The parade kicks off at 11:20 at Market and Main streets and runs for about 1.4 miles to Market and Eighth streets, where it ends around 2 p.m. (Here’s the NBA’s route map and our full parade guide.)

There will be no rally at the end of the parade, similar to the last Warriors’ parade in 2018, a decision that confused some fans who were looking forward to hearing from their favorite players.

Hundreds of thousands of fans are expected to show up and BART is operating a dozen extra trains. The transit agency expects the busiest times to last from 9 a.m. until the parade starts and then from 1 p.m. to 3 p.m.

This story will be updated frequently before, during and after the parade. Check back for the latest information.

The Court of Appeal spanks the Chief Ombudsman