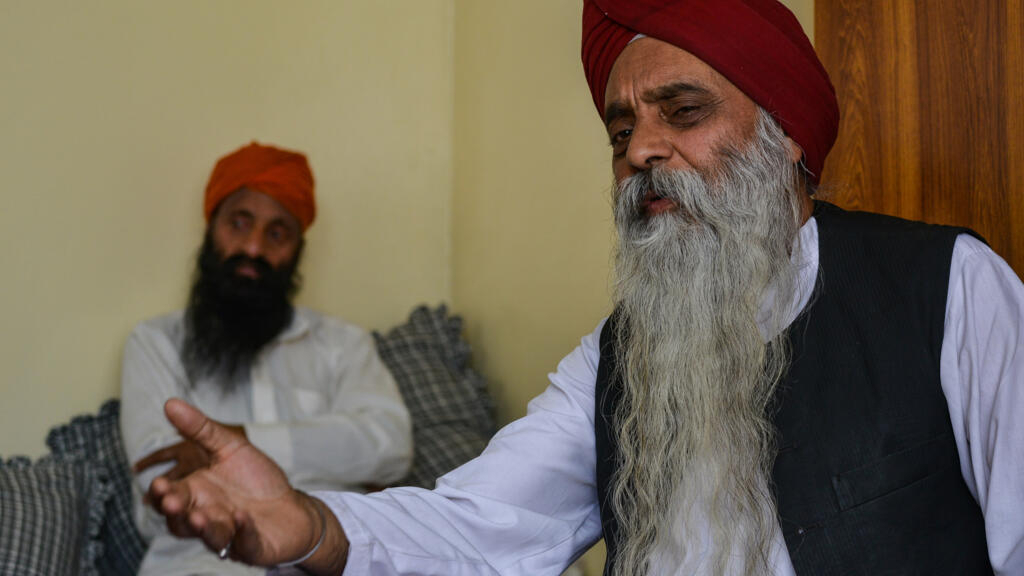 "There is no future for us here. I have lost all hope," said Ragbir Singh, who was wounded when gunmen stormed the temple Saturday in an attack claimed by the Islamic State group. "Everywhere we are under threat." When the Taliban seized power in August, many Sikhs sought refuge at the complex, living communally or in family groups scattered around the building. The Sikh community had been a target before. In March 2020, at least 25 people were killed when gunmen stormed a different temple in Kabul. And in 2018 at least 19 people, most of them Sikhs, were killed by a suicide bombing in the eastern city of Jalalabad. Both attacks were claimed by IS, which regularly targets members of Afghanistan's minority communities -- including Shiites and Sufis. The number of Sikhs and Hindus living in Afghanistan had dwindled to around 200 by late last year, compared with about half a million in the 1970s. Most of those who remained were traders involved in selling herbal medicines and electronic goods brought from India and Pakistan. For Manmohan Singh Sethi, who was born in Afghanistan, the temple was not just a place of worship, but home to the entire Sikh community. Meeting as family "This used to be the main gurdwara (Sikh temple) where we all used to meet as a family," said Sethi, who is in his 70s. But the peace was shattered Saturday with one member of the community killed and seven others -- including Singh -- wounded in the early-morning raid. A Taliban fighter also died, in a counter-operation launched soon after. Gunmen first fired at the main gate of the complex, killing a guard, before storming inside, shooting, and throwing grenades, survivors said. Minutes later a car bomb exploded outside the complex, shattering walls and windows of nearby buildings. When the raid began, some escaped through a back door and took refuge in nearby buildings. In the ensuing chaos, Singh -- who was on the fourth floor of the complex -- fell to the ground, injuring his legs and a hand. Now, several rooms and the main prayer hall of the complex are heavily damaged by bullets, grenades and a fire that engulfed a section during the raid. The attack came days after a delegation from New Delhi visited Kabul to discuss the possibility of reopening the Indian embassy. Indian government sources told AFP in Delhi that emergency visas had been given to around 100 Afghan Hindus and Sikhs but Sethi said none in the frightened community were aware of the offer. He said the community was now unsure where even to pray for their future. "If we all gather to perform rituals at a specific place we might face another such incident," he said. "We have been attacked thrice already... We can't be careless." "The latest incident has impacted us in a big way," said Sethi. "Afghanistan is my homeland and I never wanted to leave... but now I am leaving."

Gold prices to trade sideways to down this week, following import duty hike; support at Rs 51200 per 10 gm