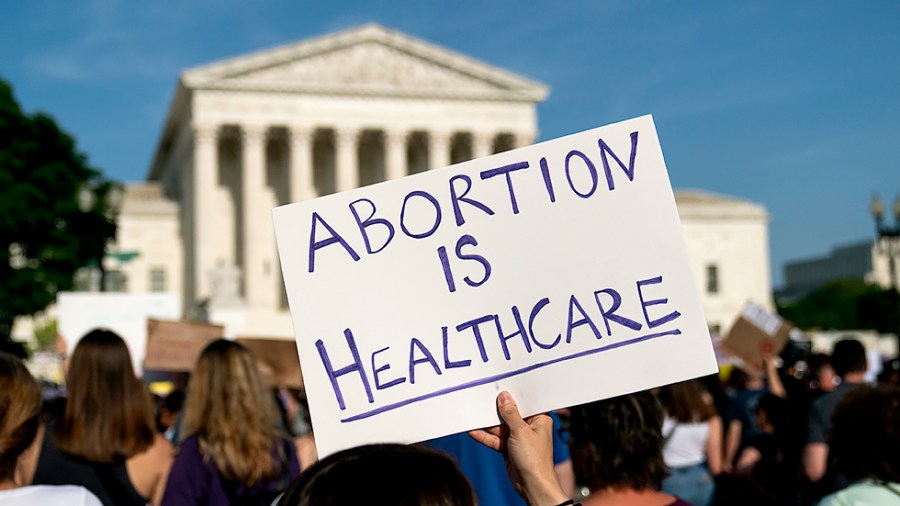 Activists in Mexico and Canada are already preparing for a possible influx of Americans crossing the border to seek abortion access if Roe v. Wade is overturned.

In Mexico, which has historically provided cheap access to healthcare for Americans living in the borderlands, activists say they have already seen a surge in women coming from Texas to seek access to abortions pills.

They now say they’re getting ready for a potential spike in demand from other U.S. states after a draft Supreme Court opinion overturning Roe v. Wade, the landmark 1973 ruling protecting a woman’s right to an abortion, was leaked to the media earlier this month. While it’s not clear how accurately the draft will reflect the forthcoming decision, the leak has already prompted concerns that many states with so-called trigger laws will outlaw abortion entirely once the decision from the top court is made.

According to the Guttmacher Institute, a research and policy organization that focuses on sexual and reproductive health, around 40 million U.S. women between the ages of 13 and 44 live in states that have demonstrated hostility to abortion rights.

This figure represents more than half — 58 percent — of all women in the United States.

As part of their research, the institute has created a map showing how far women seeking abortion care would have to drive to find resources in the event of a partial or total ban on abortions. In some cases, like Texas, the distances are vast -— suggesting it may be easier for many to cross a closer international border.

Verónica Cruz Sánchez, the founder of Las Libres, a Mexican organization that advocates for abortion rights, said in an interview with The Hill that women are crossing the length of the US-Mexico border into states from Baja California and Sonora in the west, to Coahuila and Tamaulipas in the east.

Sánchez’s organization helps women obtain access to abortion pills, which can be taken at home. She shared that this at home procedure, which is conducted without immediate supervision, is still carried out under the protocols of the World Health Organization.

“We’re definitely getting ready to help more women. When we started with this idea, we only had Texas in mind. But in the last few months we’ve seen more women from other parts of the United States,” Sánchez said. “We understand we’re going to need a much larger infrastructure and improve our logistics to help develop more networks to help women.”

In Mexico, abortion medication is readily available without a prescription at many pharmacies throughout the country.

Sánchez said that a 28-pill box of misoprostol, which is used in non-surgical abortions, costs about 600 Mexican pesos, or about $30.

“If there’s a lot of anything in Mexico, it’s pharmacies, and they’re capable of catering to an influx if needed,” Sánchez added.

Access to abortion in the US also varies significantly by geographic region, a spokesperson for the Guttmacher Institute told The Hill.

Their research shows that many of what it terms “hostile states” are packed together in the Midwest, South and Plains, meaning that a woman in these states may not be able to access abortion care even if they travel to a neighboring state.

U.S. states which have less restrictions over abortion care are already gearing up for a potential influx of abortion seekers.

Rep. Judy Chu (D.-Calif) told the Canadian Broadcasting Company earlier this month that there is already a “definite uptick” in women coming to her home state from Texas.

“Can you imagine if 26 states were banning abortion because of Roe v. Wade falling? Yes, there definitely will be women coming to Canada, to Mexico and to the other states which are upholding abortion laws,” she told CBC.

Lina Maria Murillo, an assistant professor in Gender, Women's & Sexuality Studies, and History at the University of Iowa, said that women quietly crossing the Mexican border in search for abortion access is nothing new.

“It's just that no one's paying attention to them because there was no need to pay attention to them. People that are actually on the ground, providers and and supporters of access to reproductive care have seen how these incremental laws that have been passed in various states have made it more difficult for people to access [abortion care],” she said.

According to Murillo, in the years before abortion was legalized, people would “just cross the border, and get the procedure done.”

“Oftentimes these activists would tell women to buy some knickknacks, so it looks like you're a tourist and then come back a day or two later. But a lot of times American women would report back to these activists and say they were harassed by the Border Patrol, or harassed going over or coming back,” she added. “That could easily happen again.”

To the north, Canadian officials, including Prime Minister Justin Trudeau, have broadly expressed their support for abortion rights. Polls show that a vast majority of Canadians support a woman’s right to an abortion.

Canada’s Minister of Families, Karina Gould, said the country welcomes those who seek access to abortion medicine and procedures.

Some activists, however, have expressed concern that Canada’s limited number of abortion clinics are already at capacity and might not be unable to cater to a surge in demand.

“Our officials are already talking about reaching out to the Canada Border Agency (CBSA), about making sure that people coming across the border for abortion are allowed in,” Joyce Arthur, executive director at the Abortion Rights Coalition of Canada (ARCC) told The Hill.

However, Arthur added that the problem in Canada is that their abortion services are geared to just serve Canadians.

“We only have maybe 250 to 300 clinics across Canada. Some hospitals do abortions too. But the problem is that we would not have the capacity to really handle many Americans coming up,” Arthur said.

However, she added that her organization, the Abortion Rights Coalition of Canada, has been preparing to launch initiatives aimed at convincing the country’s federal and provincial governments to build capacity and release more funding.

“If you're going to be welcoming American women to Canada, we have to get all that in place because we just don't have the capacity to help more than a very small number at the moment right now,” Arthur added.

On the flip side, Arthur added that Canada only has three centers that can perform later-term abortions in the third trimester for when there's a severe fetal anomaly, and that Canadian women in search of these procedures often travel to US states such as Colorado.

A potential ban on abortions in the US, she added, will affect both the access and the ability of Canadians to get care in the US as well.

“In Colorado and other places, these bans will make it a lot harder even the safe states in the United States for women to get abortions. They're going to probably have to handle a big influx of patients from other states too. So they're gonna be overloaded, and they might be less able to accept Canadian patients,” she added.

In Mexico, Murillo said that she sees it as no surprise that US women are once again looking across the border for potential solutions — noting that the availability of safe abortions is the result of long, hard lobbying efforts by organizations in the country.

“The conditions are going to be much, much different than what they encountered in the years before Roe,” she said. “That’s because feminists in Mexico and across Latin America made it so.”

“The hemispheric context in which the United States finds itself now is that it’s not in the vanguard of democracy any longer,” Murillo added. “It is regressing.”