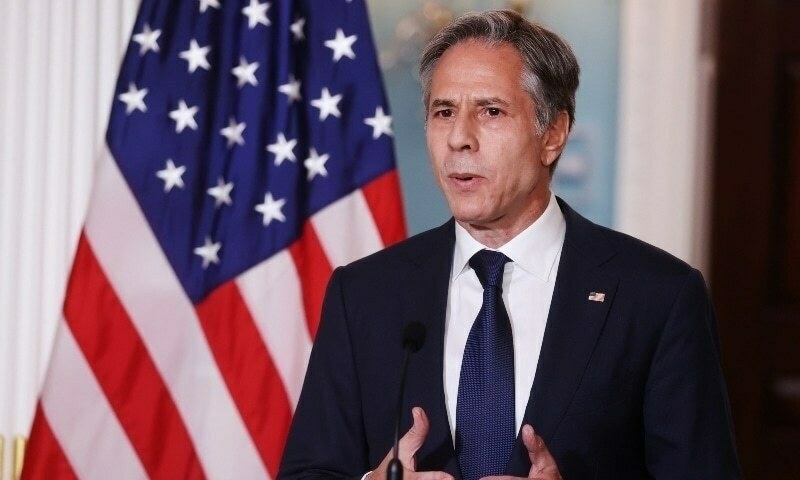 US State Secretary Antony Blinken spoke with the family of slain Palestinian journalist Shireen Abu Akleh after criticising Israel's use of force at her funeral, an official said on Sunday.

Blinken, during his flight on Saturday to Berlin for a meeting of Nato foreign ministers, offered “deep condolences” in a phone call with family members of Shireen Abu Akleh, a State Department official said.

The top US diplomat “noted Abu Akleh's journalistic body of work and the importance of a free and independent press,” the official said on customary condition of anonymity.

Read: Killing the truth: Shireen Abu Akleh's murder is a reminder that Israel will go to any length to silence its critics

Blinken offered the support of US diplomats in Jerusalem to the family of Abu Akleh, who also held US citizenship.

Abu Akleh, a prominent journalist for Al Jazeera television, was killed on Wednesday when she covered an Israeli raid in the occupied West Bank.

Israel, which has been facing a series of attacks, initially said Palestinian gunmen could be to blame before backtracking and promising to investigate.

At her funeral on Friday, baton-wielding Israeli police descended upon mourners and grabbed Palestinian flags, with the pallbearers struggling not to drop her casket.

Blinken earlier said he was “deeply troubled” by the Israeli police's actions and the State Department urged a transparent investigation into her killing.