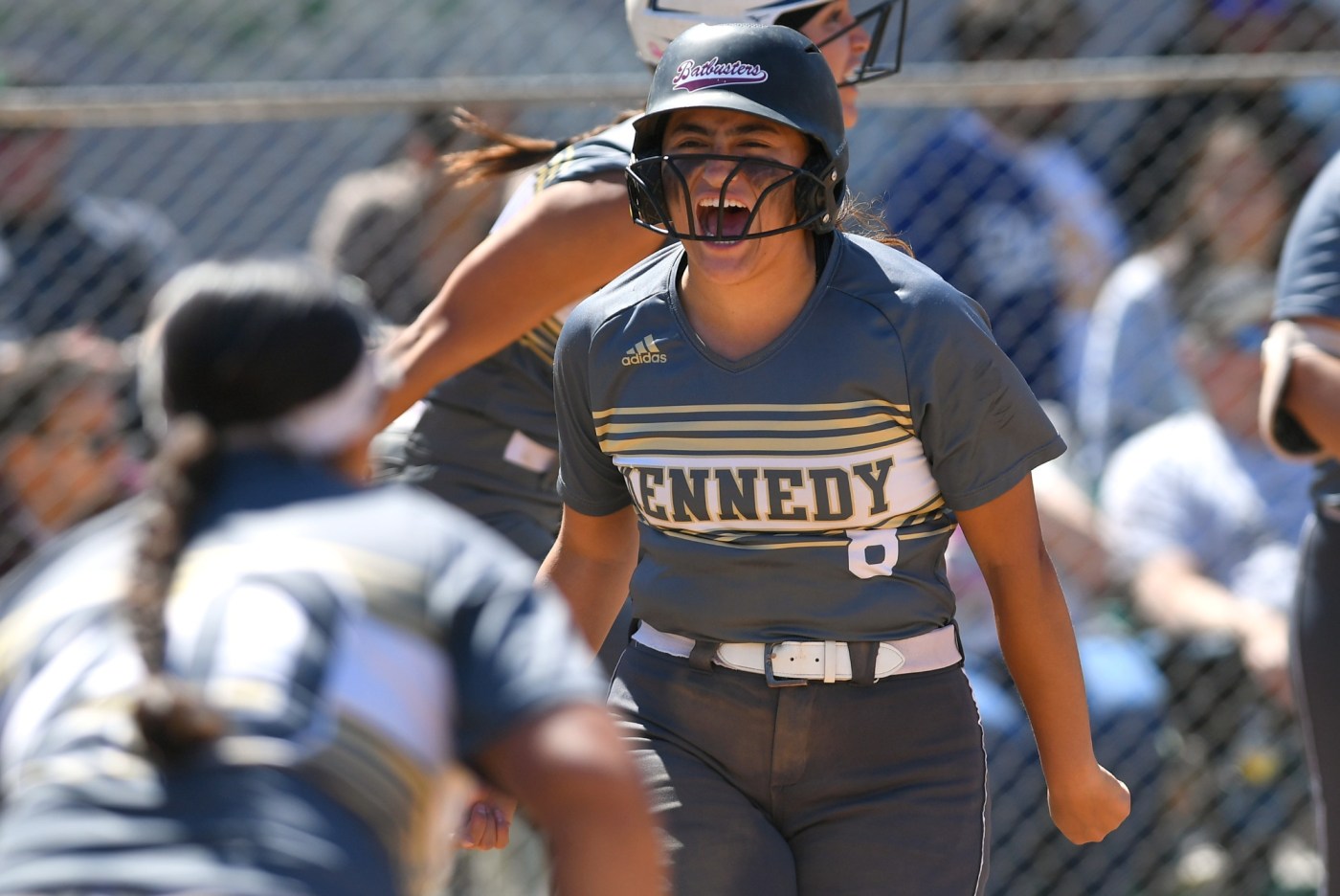 GRANADA HILLS — Alyssa Senteno heard the bang of the bat and started running from second base. The sophomore’s eyes were fixed on her third base coach, who was waiving her home.

“I was running for my life,” Senteno said. “There were two outs, so I knew I was going no matter what.”

Two outs and the game tied at six in the seventh inning.

Senteno slid into home, brushed the plate with her left hand and avoided the tag to score the game-winning run and give seventh-seeded Kennedy a dramatic 7-6 victory over second-seeded Granada Hills in the City Section Open Division softball playoffs Wednesday afternoon.

As the umpire called Senteno safe, the cloud of dust from the play at the plate became the backdrop for a grandiose celebration. Cueing the team’s go-to chant, “Eat! Eat! Eat! Eat!”, the girls yelled hopping up and down in excitement.

“Our energy was very important today,” Martinez said. “We use it to motivate each other.”

The Cougars will travel to No. 6 Carson on Tuesday to play in the semifinals. Carson defeated No. 3 Birmingham Charter 7-2.

“As a senior, it was very exciting,” said Kennedy’s Alondra Dominguez of the go-ahead run. “It felt like a championship game.”

Go-ahead run for Kennedy in the top of the 7th inning. Cougars take a 7-6 lead over Granada Hills on this play at the plate.

Is she safe? Is she out? You be the judge. pic.twitter.com/Q5xL3TatIL

Kennedy led 6-0 at one point. Alondra Dominguez hit a three-run homer in the first inning to give the Cougars a shocking 3-0 lead before Jayleen Piedra’s triple made it 6-0 in the third. But Granada Hills stormed back with four runs in the bottom of the third anchored by a two-run homerun from Samantha Esparza before a homerun from Jocelyn Jimenez tied the game at 6-6 in the bottom of the fifth.

“I’ve had to learn all the girls’ names, how they play, the pitching rotations in the middle of the season,” Mealey said. “Most of the girls on varsity I’ve never coached.”

No. 7 Kennedy pulls off the shocker, taking down No. 2 Granada Hills 7-6 in the City Section Open Division playoffs.