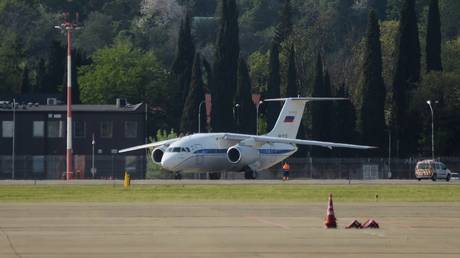 Russian pilot Konstantin Yaroshenko, who spent some 12 years in a US prison was exchanged on Wednesday for US national Trevor Reed sentenced to nine years behind bars back in 2020. The exchange became possible following a “lengthy negotiation process” Russian diplomats have said.

The exchange, which took place in Turkey, looked like a scene from a spy movie, Trevor’s father, Joey Reed, told US media.

“He said it was like a movie – they walked past each other like in a spy swap,” Joey Reed said. “Our understanding is the next time Trevor steps off the plane he will be in America.”

Footage of the swap shows a Russian and a US plane parked at a distance from one another. The two now ex-prisoners being led by some officials towards each other, with the officials shaking hands and appearing to have a brief conversation while both Reed and Yaroshenko walk towards their respective planes. The pilot apparently could not hold back tears as he stepped on board of the jet awaiting him.

Russia had sought return of Konstantin Yaroshenko, 53, for years. Back in 2010 he was detained in Liberia and was accused of plotting to smuggle several large hauls of cocaine to West Africa, which was allegedly bound for New York.

He was handed over to US Drug Enforcement Administration (DEA) agents and secretly transferred to the US. He ultimately received a 20-years jail term after a US court found him guilty “conspiring to import cocaine into the United States.”

Trevor Reed, a 30-year-old American national who previously served in the US Marine Corps, ended up in Russian custody back in 2019, after he was detained in Moscow for drunk and disorderly behavior and assault on police officers.

In 2020, he was slapped with a nine-year term after being found guilty of endangering the “life and health” of law enforcement personnel.

Jiří Zídek, the first Czech in FIBA Hall of Fame, dies at 78

Apple is looking to expand production outside of China amid Beijing's zero-Covid policies, report says