MIKE TYSON believes American boxing fans “expect a lot out of” Anthony Joshua, who is still “no walkover”.

Joshua, 32, suffered disaster on his US debut in 2019 after he was stunned by outsider Andy Ruiz Jr, 32, in New York.

He would avenge the loss six months later but again lost the unified titles last September on points to Oleksandr Usyk, 35.

It has seen his cloak of armour vanish amongst a certain set of fans with Usyk now the bookies favourite heading into their expected rematch.

He said on Joe Rogan’s podcast: “Anthony Joshua’s no walkover. It’s just that for some reason, I don’t know, we expect a lot from Joshua. 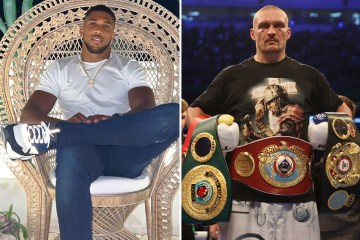 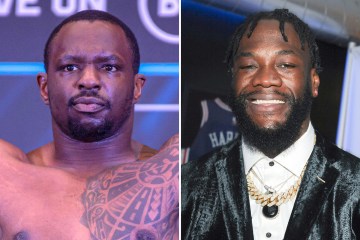 GOT THE WHYTE IDEA

“I guess maybe because English people are so behind him and we got caught up in the bandwagon too.

“Americans expect a lot out of Joshua.”

Tyson, now 55, added: “He can do so much, that’s why he’s never a lost hope. He’s dangerous, Joshua, because he’s still f***ing learning.

“Joshua needs to pick up the pace just a little. He’s got so much damn potential.”

Usyk is set to rematch Joshua in July with venues in the UK and Middle East currently in talks.