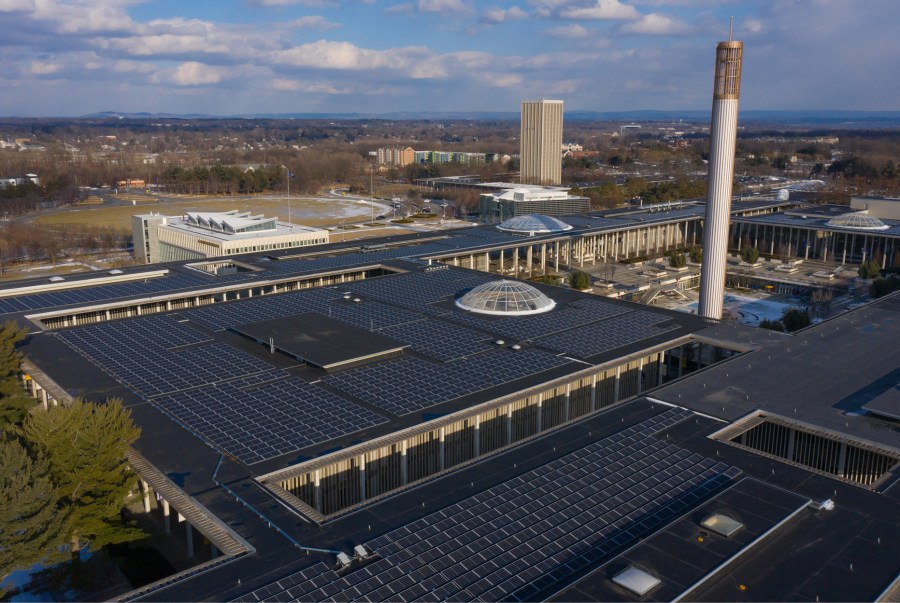 The New York Power Authority partnered with the University to develop 1.9 megawatts of direct solar energy covering the academic podium buildings to bring long-term energy cost savings and sustainability benefits. Officials said this project will support the state's goals by harnessing 70% of electricity from renewable energy by 2030 and transitioning to a carbon-free power grid by 2040.

The new system was constructed of 4,783 panels on the roof of the Life Science Research building, several roofs within the Academic Podium complex, which consists of academic and administrative buildings around a large open courtyard with two fountains. The installation is the largest rooftop solar PV project in the 64-campus State University systems they noted.

According to officials the panel system will be tied directly into the building and will provide about 2.3-gigawatt-hours of energy annually. Officials said in just a year this renewable energy will offset 607,556 pounds of carbon dioxide, equivalent to the carbon dioxide emissions from 692,594 miles driven by an average passenger car.

The UAlbany project receives incentives to support the implementation of a successful clean energy project that directly benefits the campus, through the New York State Energy Research and Development Authority’s NY-Sun program. The project will be hosted by the campus, and UAlbany will purchase all electricity and renewable energy credits produced through a power purchase agreement.

Has any English side won the Champions League, FA Cup and League Cup in one season?