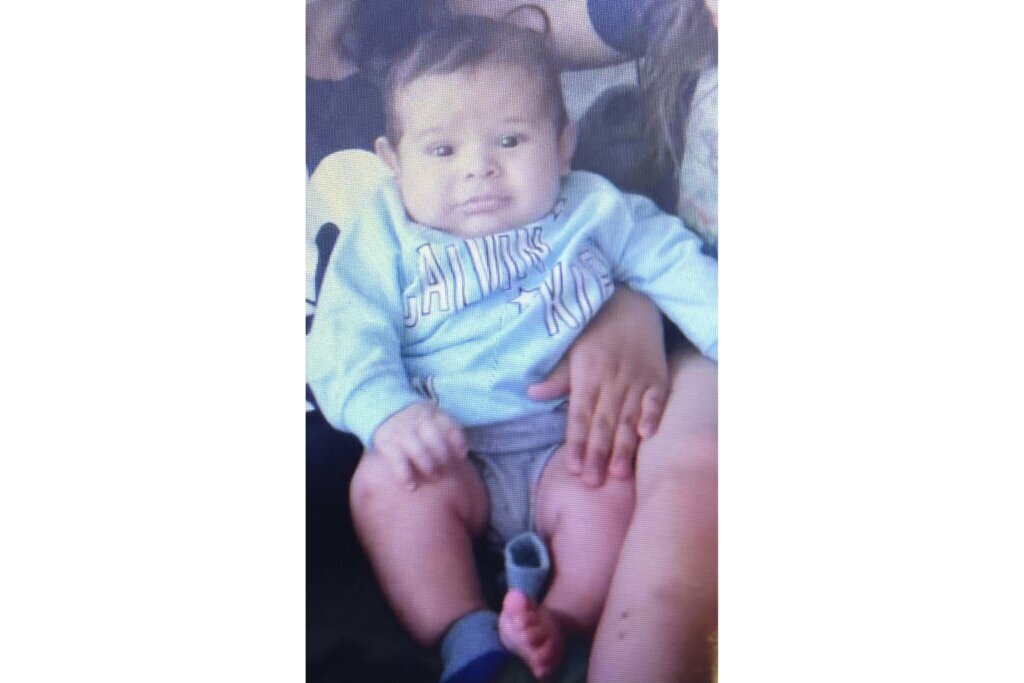 SAN JOSE, Calif. (AP) — A woman arrested in the kidnapping of a 3-month-old baby from his San Francisco Bay Area home is a friend of the family and was present when a man abducted the baby while his grandmother unloaded groceries, police said Wednesday.

Yesenia Ramirez, 43, had brought the child and his grandmother on a shopping trip and was communicating with Jose Portillo before he entered the second floor San Jose apartment and took the baby Monday, San Jose Police Sgt. Christian Camarillo said.

Portillo was captured on surveillance video carrying a baby car seat and a small blanket and walking toward the apartment, he said.

“It was a clear indication that this was planned, premeditated,” Camarillo said.

Little Brandon Cuellar was found unharmed Tuesday inside a home where Portillo, 28, lived after detectives located a van they believed had been used in the kidnapping. The baby was taken to a hospital to be checked and reunited hours later with his mother, who was working at the time of the abduction.

Another man, Baldomeo Sandoval, 37, was also arrested. Camarillo said Sandoval played a role in the kidnapping but gave no other details.

All three have been charged with kidnapping. It was not immediately known if they have an attorney who can speak on their behalf.

A motive for the kidnapping is still under investigation, Camarillo said.

Today24.pro
The ONLY 3 Upper Body Exercises You Need for Mass High school scoreboard: Saturday’s NCS, CCS, CIF results in baseball, softball, volleyball, lacrosse, tennis Why are eating disorders so hard to treat? - Anees Bahji #1 Backyard Weed That Can Replace ALL Your Medications