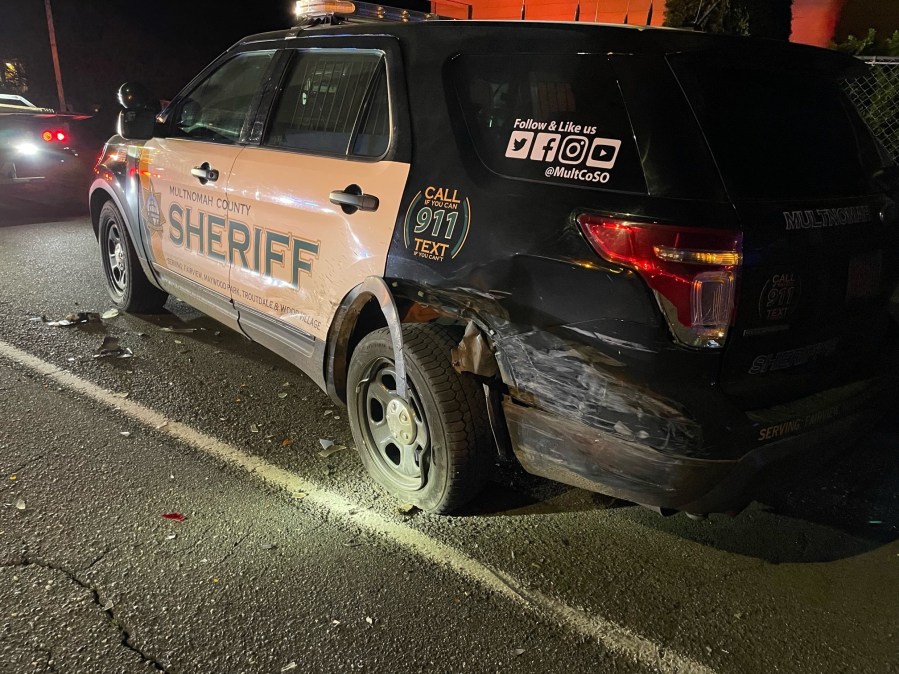 PORTLAND, Ore. (KOIN) — A man was arrested after hitting a parked patrol car on the side of the road in Troutdale, the Multnomah County Sheriff’s Office says.

2 Southridge students killed, 3 others and deputy hurt in crash

According to MCSO, 19-year-old Matthew Ray Higbee was charged with DUII, assault, reckless driving and endangering. The incident happened early Saturday morning when the deputy was parked on the side of the roadway during a traffic stop, the sheriff’s office said in a Facebook post.

The post added that the deputy was inside the car when it was struck. Officials say the deputy walked away from the crash and is expected to be OK.

A spokesperson for MCSO told KOIN 6 News that the deputy had his emergency lights activated and was out of the lane of travel when the patrol vehicle was struck.

“(Higbee) was experiencing side effects from alcohol consumption, so he was taken to the hospital and issued a criminal citation with a court date,” an MCSO spokesperson said. “Our deputy suffered minor injuries -- soreness. The deputy was taken home after being evaluated on scene by firefighters.”