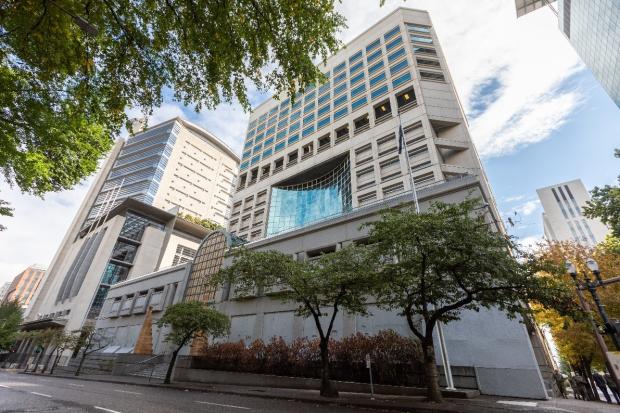 PORTLAND, Ore. (KOIN) – Black adults in custody are receiving a disproportionate amount of misconduct citations, and adults with mental health conditions are being disproportionately subjected to more frequent use of force at the Multnomah County Jail, according to an audit released Wednesday.

Multnomah County Auditor Jennifer McGuirk issued the audit report titled “Multnomah County Jail Conditions: Circumstances were Worse for Adults in Custody who are Black and/or Have Mental Health Conditions.” For the report, the audit team analyzed data spanning the three-year period of July 1, 2018, through June 30, 2021.

2 Southridge students killed, 3 others and deputy hurt in crash

“Through this audit, my office is providing more transparency to the public about the jail operations we all pay for as taxpayers,” McGuirk said. “We hope the information in this audit report can help ground conversations about our legal system in facts that the public can trust.”

The audit also found that the Multnomah County Sheriff’s Office’s decisions on where people were housed were not as standardized and consistent as they could have been.

The auditor’s office said it conducted the audit to provide an update on jail conditions. In 2017, county leaders pledged to make improvements to the jails based on a Disability Rights Oregon report that found improper conditions for people with mental health conditions. A 2015 report prepared internally by the sheriff’s office also found that sheriff’s staff subjected some racial and ethnic groups to a disproportionate use of force.

During the three-year period it reviewed, the auditing team learned there were 656 use-of-force incidents in jail housing areas and that deputies often used more than one use of force technique per incident.

The report found that sheriff’s employees used force on Black people more than people of any other racial background. Particularly with minor use of force, the difference in how frequently it was used on Black people in custody was statistically significant. Black adults in custody were more than twice as likely to be subjected to minor use of force.

General use of force data, which is a higher level of force, did not show any statistically significant differences among racial groups.

In a survey conducted among inmates for the report, Black adults in custody and those who did not disclose their race said they felt the least safe with corrections deputies.

Based on its findings, the auditor’s office has more than a dozen recommendations for the Multnomah County Sheriff’s Office. Some of the recommendations may require financial resources in order to implement them.

In the near future, no later than September 30, 2022, the auditor recommends the following:

By March 30, 2023, the auditor recommends the sheriff’s office do the following:

No later than April 30, 2023, the auditor recommends the sheriff’s office and the Multnomah County Board of Commissioners complete the following:

In addition to using data from the sheriff’s office, the audit team also conducted a survey of all adults in custody in June 2021. Of the adults in custody at the time, 74% of them, or 567 people, completed the survey.

The audit, with its complete findings and survey results, is available on Multnomah County’s website.