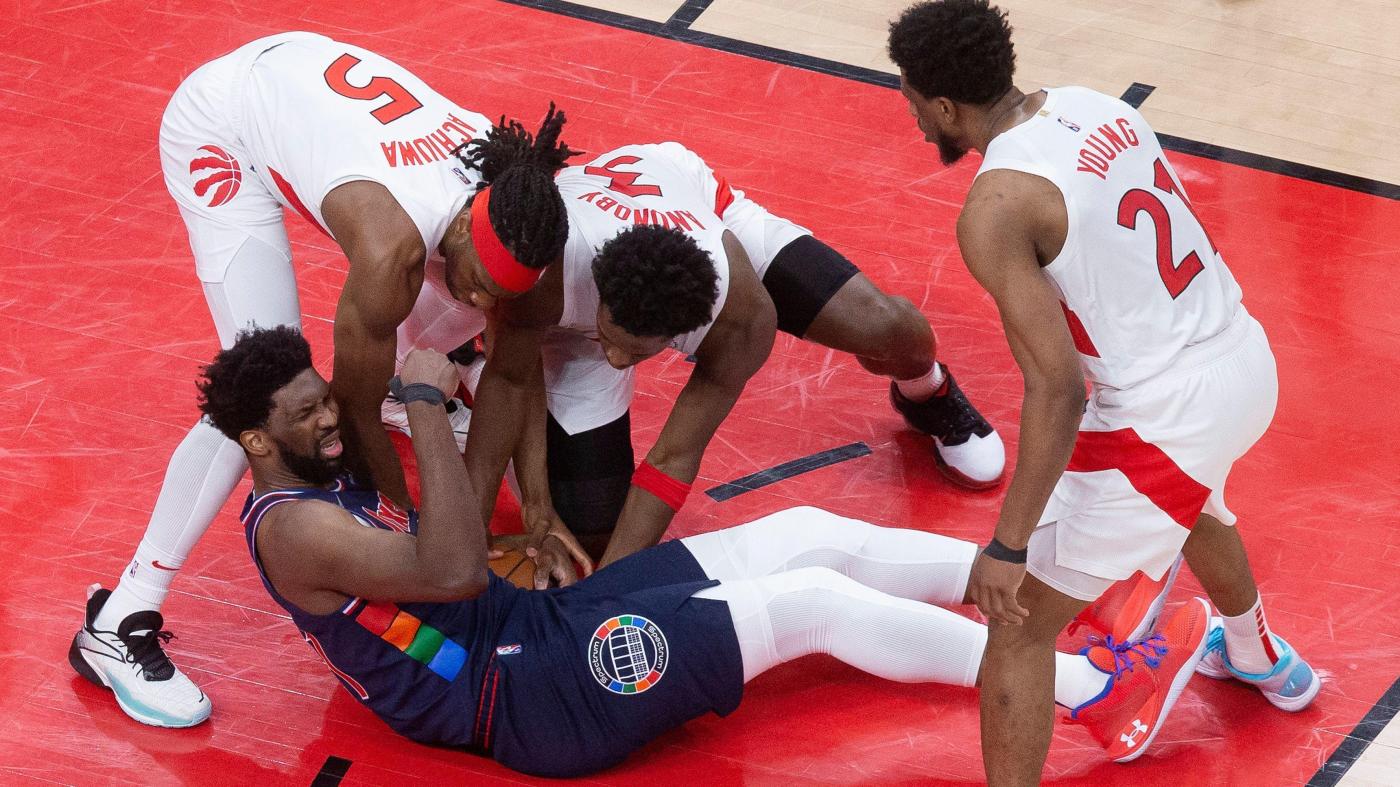 Bam Adebayo smiled at the question, or, more to the point, at a ship that has sailed.

No, there will not be popcorn and a rally towel alongside as he takes in Thursday night’s Philadelphia 76ers-Toronto Raptors playoff game.

Instead, he said, it’s more like real-time film study.

“At this point, I can’t watch for fun no more,” he said in the wake of the Heat eliminating the Atlanta Hawks 4-1 in the first round of the NBA playoffs, next to take on the winner of the 76ers-Raptors series. “We’re looking ahead. We’re looking for the next [team] to play in the series.

“So just getting locked into the film, looking at both sides in each game.”

With a Philadelphia victory Thursday in Toronto, the 76ers will move on to face the Heat in the best-of-seven Eastern Conference semifinals. Otherwise that right will be determined in a Saturday night Game 7 in Philadelphia.

Either way, the next round will open Monday night at FTX Arena.

Having waited until two days before the start of their opening-round series to learn their opponent, the Heat could wind up in a similar position this time around, as well.

And yet, having gone 2-2 against both teams during the regular season, it’s not as simple as an either/or scenario for the Heat.

The Raptors and 76ers have little in common, making it likely that there is a decided preference at 601 Biscayne.

While the preference of the Heat’s brain trust assuredly will remain privately held, the South Florida Sun Sentinel spoke Wednesday to a long-time NBA scout to break down the possibilities when it comes to a better-case scenario.

Q: Who do you believe the Heat would prefer to play?

Scout: “I think they’d prefer to Philly, because they’re wounded. Their confidence is at a low ebb. And if it goes seven, it’s going to be at a lower ebb. [James] Harden hasn’t been very good, and the Heat have guards who can guard him.

“Of course [Joel] Embiid’s going to be a problem, but they’ll have double-teams and schemes. So they’ve got guys who can guard Harden and they have guards who can guard [Tyrese] Maxey. And Philadelphia doesn’t have a bench. I just think, psychologically, they’re weaker.”

Q: So why the belief in Toronto as the superior potential opponent?

A: “I think they’re much better [than Philadelphia] defensively. And they have more weapons, maybe not quite as potent ones, but they have [Pascal] Siakam, [Fred] VanVleet, [Gary] Trent, even [Chris] Boucher. And [Precious] Achiuwa is playing great. I think you’ve got more guys to worry about with Toronto.

“And if VanVleet is out, they can bring in five guys who are 6-9, which can be devastating defensively. I just think their defense is much stickier.”

Q: Where do you see the Heat’s position of advantage against the 76ers?

A: “Jimmy Butler. Who’s going to stop him? [Tobias] Harris? [Matisse] Thybulle? I’m taking Jimmy Butler every time. [Kyle] Lowry can play Harden to a wash. And off the bench, who’s guards [Tyler] Herro? They’ve got some major liabilities on that Philadelphia bench.”

Q: Where do you see the Heat’s position of advantage against the Raptors?

A: “I would say Bam Adebayo. Even though Toronto has undersized guys who can guard fives, I do think that’s an edge. And Butler can get neutralized because they can put like seven different guys on him; they have so much defensive versatility. And off the bench, Herro has an advantage.”

A: “Spoelstra has the edge. The results speak for themselves. Doc’s blown so many [playoff series] leads. Technically, Erik is creative, he’s got good plays, he throws zone defense in there, he calls good plays off timeouts.”

Q: And Spoelstra against the Raptors’ Nick Nurse?

A: “There you have two kinds of masters. Nick is very creative; their lineups are funky. It’s the unpredictability with them. I’ve seen one game Scottie Barnes started at the five, and I’ve seen him start at point guard. That’s kind a wash.”

Q: If you had to pick the series, how would you lean?

A: “Heat in six over the 76ers. I’d say, and this is tougher, Heat over Toronto in six, but it would be a much tougher six.”