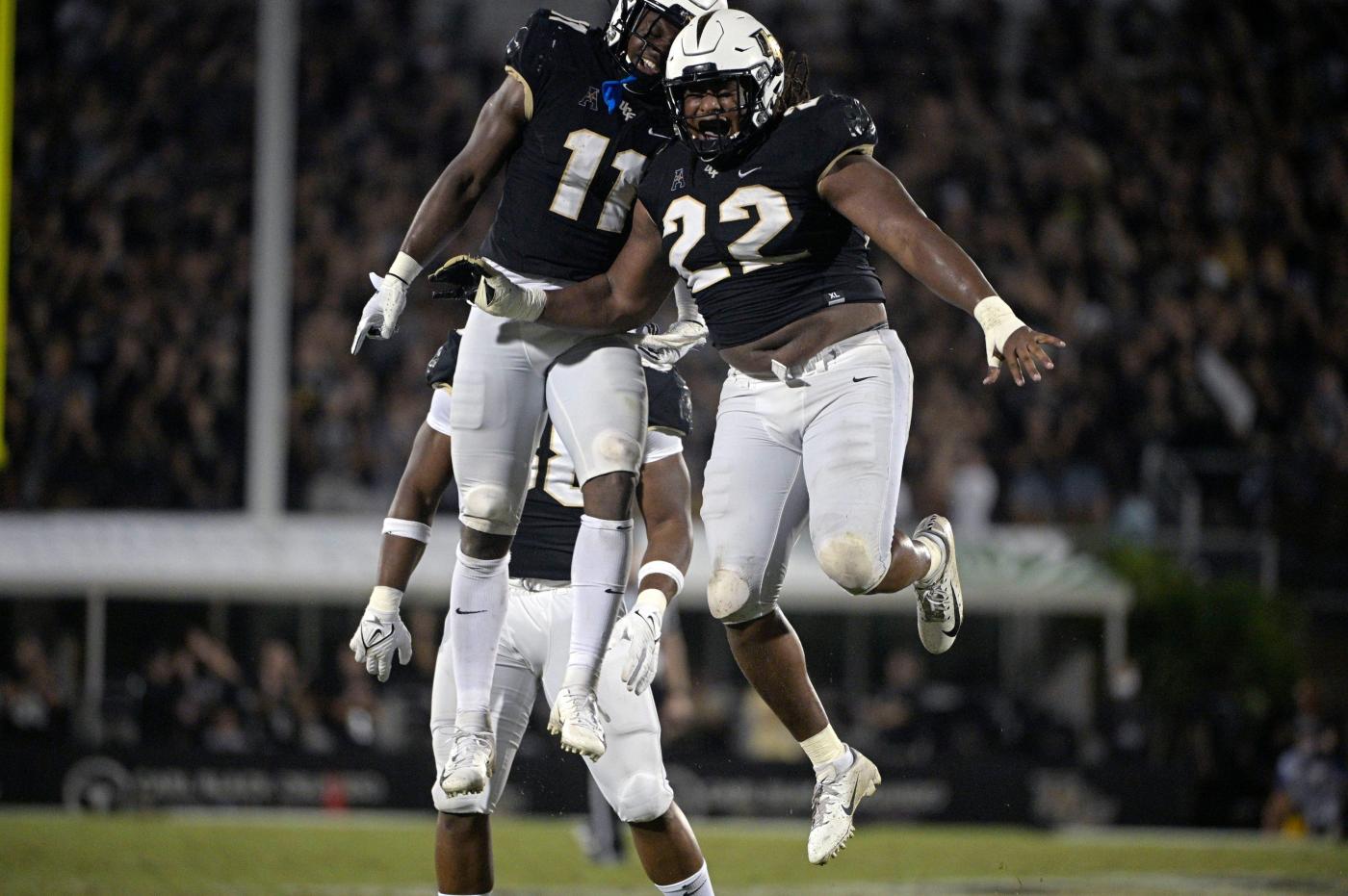 The 2022 NFL Draft kicks off Thursday in Las Vegas and continues through the weekend and a number of Knights from the 2021 UCF football team are hoping to hear their name called during the three-day event.

After a program-record five Knights were picked in last year’s draft, this year’s could be light on UCF prospects picked.

UCF defensive tackle Kalia Davis was the only Knight selected in NFL.com’s latest seven-round mock draft, which was created by NFL analyst Chad Reuter. Davis is projected to be taken by the Green Bay Packers in the seventh round.

If no Knights are picked this year, that would snap a five-year draft streak for the program. At least one UCF player has been drafted in 15 of the last 16 drafts — with 2016 being the lone exception.

While Davis likely has the best chance of getting drafted — he was the only Knight to participate in the NFL Scouting Combine — there are other UCF prospects who have met with NFL teams before this weekend.

Following UCF’s Pro Day where he spoke with the Pittsburgh Steelers, Los Angeles Chargers and Carolina Panthers, Bryant went through a predraft workout with the Tampa Bay Buccaneers..

Tatum worked out with the Bucs as well, according to Greg Auman of The Athletic.

As for Davis, he’s met with the Atlanta Falcons and San Francisco 49ers. While NFL.com projects him as a late-round pick, The Athletic’s Dane Brugler views him as a fourth- or fifth-round selection.

The disparity between projections is likely because of Davis’ season-ending knee injury in October, combined with him sitting out the 2020 season during the COVID-19 pandemic. He’s played in five games in two seasons.

Davis said at the pro day that he would be ready for NFL training camp in July. It’s been a long but successful rehabilitation process.

“I started pool workouts about [late January-early February],” Davis said four weeks ago. “I started putting on my cleats [in February], getting on the field. It feels really good. My doctor said I can start cutting [in April].”

If he’s able to make a full recovery as expected, Davis could become a playmaker at the next level. A first-team all-conference pick by Pro Football Focus in 2019, Davis has “outstanding upfield quickness,” according to Brugler.

“Overall, Davis’ tape has more flash than consistency, but he fires out of his stance with twitch and range to create backfield disruption vs. the run and as a pass rusher,” Brugler wrote. “He is a developmental three-technique prospect.”

The Knights have had success getting players to the league with 47 drafted since 1987, including 26 since 2008.