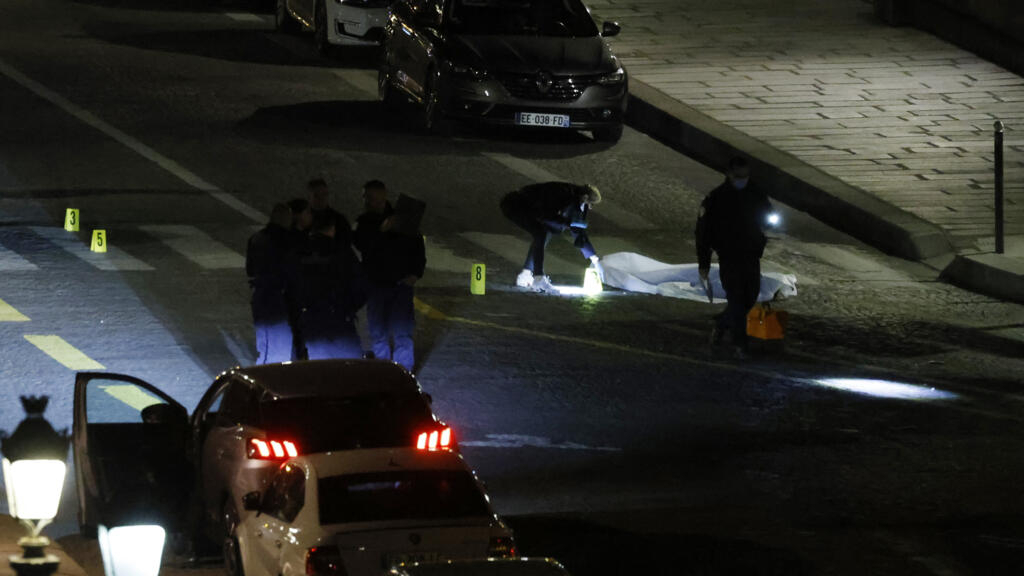 The officer used his assault rifle when the car came hurtling towards his colleagues on the picturesque Pont Neuf bridge late on Sunday -- just as Macron's election victory was wrapping up a few kilometres (miles) away. The 24-year-old was taken into custody afterwards for questioning as part of an internal inquiry, and prosecutors determined there appeared to be no grounds for self-defence and instead a likelihood that he responded with excessive force. He is to go before a judge later on Wednesday where he is expected to be charged. A police report of the incident seen by AFP said the car was parked the wrong way with its hazard lights flashing on the banks of the Seine, prompting the five-person foot patrol to investigate. When confronted, the driver suddenly sped off, hurtling towards one officer who managed to jump out of the way. The two occupants who were killed had extensive criminal records, while a third person was injured. The officer with the assault rifle fired around a dozen rounds, with "five or six shots hitting the occupants". Inquiries are still underway, but the officer is facing a charge of "wilful violence with a weapon by a person in authority", as well as a charge of wilful violence resulting in someone's death. The officer's lawyer declined to comment when contacted by AFP.