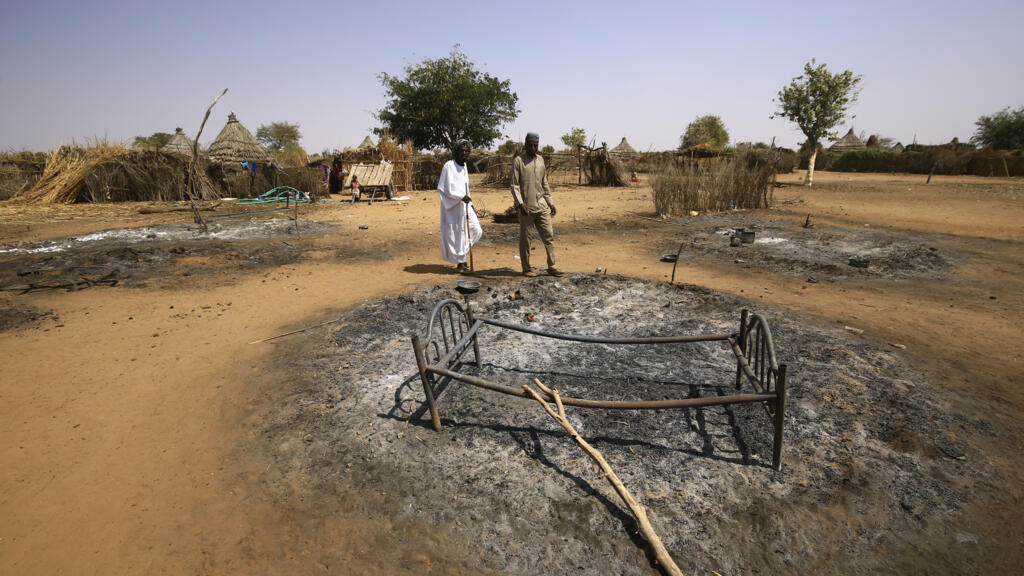 Members of the Massalit community and Arab fighters have clashed since Friday in and around the West Darfur state capital El Geneina, the latest ethnic violence in the vast, arid and impoverished region long awash with guns. The fighting, which comes as Sudan grapples with the fallout from a coup six months ago led by army chief Abdel Fattah al-Burhan, has seen hospitals attacked, a police station destroyed and a market burned to the ground, according to the United Nations. At least 213 people have been killed in three days of violence, according to an official toll from the governor of West Darfur state. The clashes have centred on Krink, a locality of nearly 500,000 people some 1,100 kilometres (685 miles) west of Sudan's capital Khartoum. West Darfur governor Khamees Abkar called the destruction and death a "massive crime", noting that 201 people were killed and 103 wounded on Sunday alone, in a video published late Tuesday. It is the latest in several rounds of recent inter-communal clashes, pitting the Massalit -- largely settled farmers -- against semi-nomadic Arab pastoralist groups. 'Mass casualties' "I am appalled," the UN High Commissioner for Human Rights Michelle Bachelet said in a statement Wednesday, demanding "impartial and independent" investigations into the attacks. "I am concerned that this region continues to see repeated, serious incidents of intercommunal violence, with mass casualties," she said. Heavy fighting initially erupted on Friday when at least eight people were killed in the Krink region, with gunmen attacking Massalit villages in retaliation for the killing of two comrades, according to the General Coordination for Refugees and Displaced in Darfur, an independent aid group. The UN said more than 1,000 armed members of the Arab Rizeigat community then swept into the town. Many militia fighters in the region are heavily armed, often driving pickup trucks mounted with machine guns. Krink town "was completely destroyed including government institutions," state governor Abkar said. "It is a crime against humanity." The governor lashed out at government forces tasked with securing Krink and its environs for "withdrawing without any justification" as the main attacks began early Sunday. The UN humanitarian agency OCHA, quoting local sources, said that the police station in Krink was set on fire, the hospital attacked, and the market was "looted and burned." Food aid handouts for more than 60,000 people by the UN's World Food Programme have been suspended. "Nearby villages have also been attacked," the UN added. Fighting on Monday spread to the state capital El Geneina, where more deaths were reported. Janjaweed militia accused Doctors Without Borders, known by the French acronym MSF, said Tuesday that several medical workers were killed in the fighting when hospitals were attacked. "MSF teams have not been able to reach the health facilities we support nor conduct mobile clinic activities", the aid group said in a statement. Conflict in Darfur erupted in 2003, when ethnic minority rebels took up arms, complaining of discrimination by the Arab-dominated government of then-president Omar al-Bashir. Khartoum responded by unleashing the Janjaweed, mainly recruited from Arab pastoralist tribes, who were blamed for atrocities including murder, rape, looting and burning villages. The scorched-earth campaign left 300,000 people dead and displaced 2.5 million, according to the United Nations. While the main rebel groups signed a 2020 peace deal, deadly clashes still erupt over land and livestock, as well as access to water and grazing. In the most recent fighting, witnesses have accused the Janjaweed militia of orchestrating the violence. According to rights groups, many of the Janjaweed's members were integrated into the feared paramilitary Rapid Support Forces, commanded by General Mohamed Hamdan Daglo, now de facto deputy leader of Sudan. The Darfur Bar Association, a local civil society group, has called on the UN Security Council to help stem the violence, in a statement condemning the "arbitrary killing of children, women and the elderly". At the request of the Sudanese government, a joint UN and African Union mission, UNAMID, ended 13 years of peacekeeping operations in December 2020.

About-to-wed killed by lightning in Edo