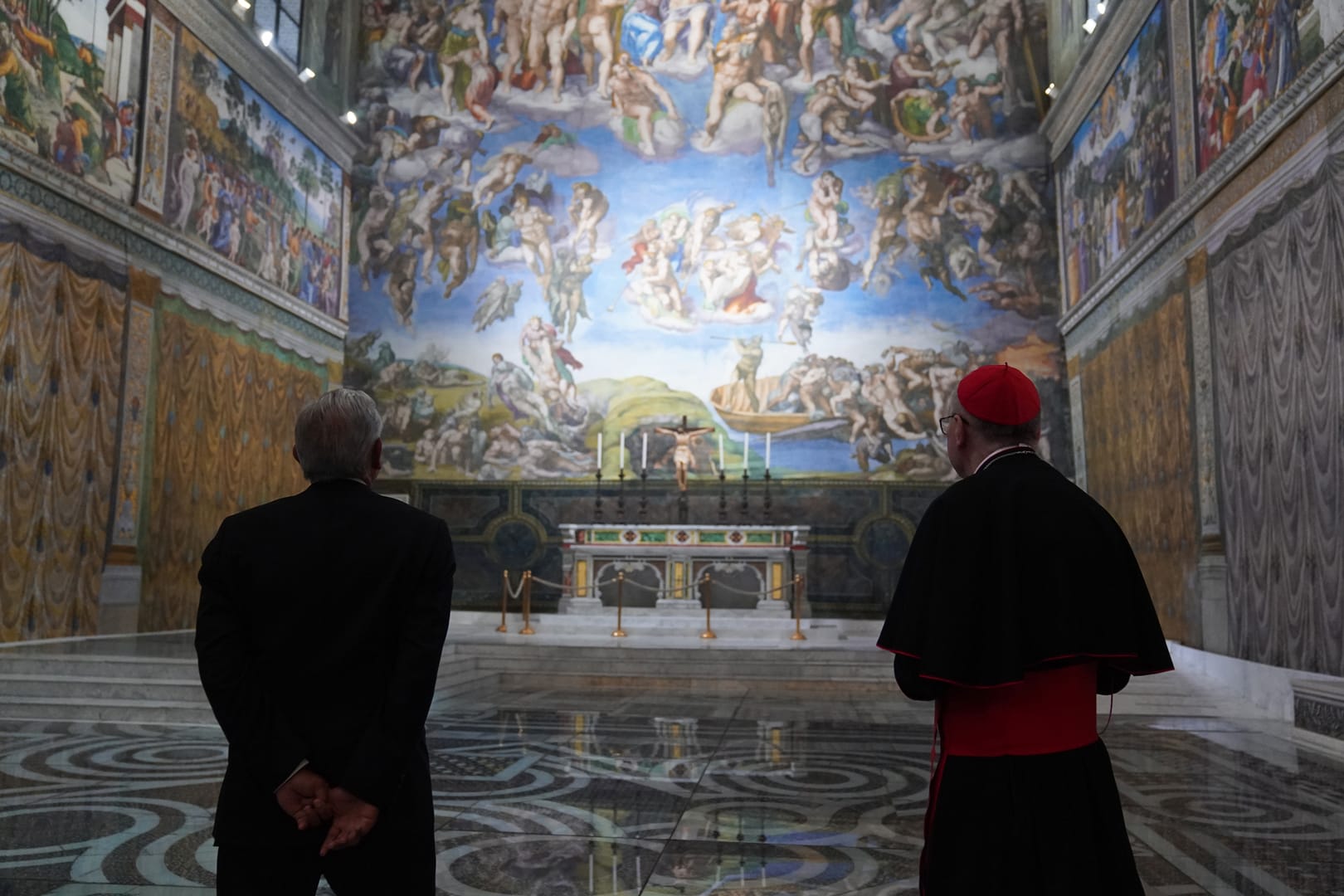 ROME – During the visit of Pope Francis’s top diplomat to Mexico on Tuesday, the Vatican and the Mexican government promised to cooperate in building peace and protecting human rights.

“We look to the future, and as we continue to prepare together mechanisms of cooperation, it seems important to me to underline that they must serve all the Mexican people, starting from the neediest,” he said.

Mexico is home to the world’s second largest Catholic population, with 98 million people claiming church membership, out of a total population of 128 million.

The Catholic Church was severely restricted by the country’s 1917 constitution, and the church suffered persecution for decades. It wasn’t until 1992 that most of the anticlerical provisions from the constitution were removed.

Parolin arrived in the country this weekend with a packed agenda, including an episcopal ordination and celebrating Mass at the Shrine of Our Lady of Guadalupe for the Mexican bishops, who are holding their general assembly this week.

President Andrés Manuel López Obrador, who according to Spanish news agency EFE does not consider himself a Catholic but a “follower of Jesus Christ,” has previously questioned the Mexican Catholic hierarchy for not replicating Pope Francis’s message against neoliberalism, while the church has criticized his administration for promoting abortion and the country’s rising insecurity.

The president and the cardinal together toured a replica of the Sistine Chapel currently set up in Mexico City. The Mexican leader said on Twitter that the relations between church and state in his country translate to “friendship and respect.” He also said that, at a personal level, he considers Pope Francis to be “an exceptional spiritual leader and humanist.”

Ever the diplomat, Parolin skirted away from the contentious topics, instead acknowledging the “challenges of the future,” posing them as “an opportunity to work together” rather than a reason for “division.”

“Today also in Mexico, Church and State are called to be an example for other countries, to show that it is possible to overcome extremism and polarization, creating more and more a culture of fraternity, freedom, dialogue and solidarity,” the cardinal said.

Attending the event was Mexican Foreign Minister Marcelo Ebrard, who said that Mexico and the Vatican are in agreement on guaranteeing universal access to medicines and vaccines, protection of migrants, poverty, and women’s rights.

In particular, he highlighted the “permanent concern” for peace and “concrete actions” to reduce arms production and proliferation.

“We are increasingly united by causes that are very deep and very dear to all of us, I would say part of our identity, respect for human dignity. We are united by a profound respect for freedom, freedom of belief, political and personal freedom, and I see in the international arena an ever greater action by the Holy See and Mexico in favor of peace,” he said.

On Monday, Parolin said Mass in the Shrine of Our Lady of Guadalupe for the bishops’ conference as they opened their national assembly.

Addressing representatives from all of Mexico’s dioceses, Parolin said that these are challenging times, “provoked by various ideologies and interests of different kinds that seem to want to replace evangelical values.”

In addition, he said, “countless women and men continue to suffer because of discrimination, corruption and lack of justice, faces that we have seen reflected in the face of the Crucified One. This situation of pain and suffering can be seen daily in the lives of many people in our communities.”

The cardinal said that in the face the new challenges caused by the current realities, the church wants to “keep her eyes open to look at the miseries of the world, the wounds of so many brothers and sisters deprived of dignity.”