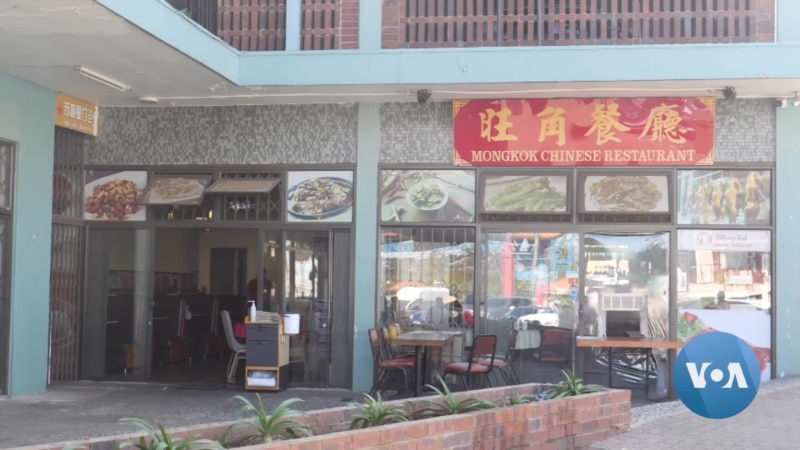 Vagrants doze in doorways and the smell of burning trash fills the air on Commissioner Street, a rundown and dangerous section of inner-city Johannesburg. But look carefully and an observer might notice a few pagoda-style rooftops, decrepit buildings decorated with dragons, and shop signs with faded Chinese characters. The street is home to South Africa’s first Chinatown, which dates to the 1880s, when Chinese from the impoverished south of the country came to the frontier mining town they dubbed “gam saan,” or “Gold Mountain” to seek their fortunes – only to discover that non-whites were barred from obtaining diggers licenses. Some stayed anyway, setting up businesses and later battling the racist apartheid laws. South Africa now has the biggest population of Chinese residents in Africa – about 350,000 people. Since the advent of the "Rainbow Nation" in 1994, when South Africa became a democracy, and in the wake of Beijing’s Belt and Road Initiative for building infrastructure in dozens of countries, many more Chinese have flocked to the country. These newer migrants, mainly Mandarin speakers unlike the early Cantonese community, have set up a second Chinatown, with a giant decorative archway, in a safer middle-class suburb called Cyrildene. Here there are numerous restaurants, travel agents, retail stores and beauty salons. “There’ve been many, many more new migrants,” Melanie Yap, a third-generation Chinese-South African, author and historian, told VOA. “The Chinese community has in fact become more vibrant, evidenced by the fact that there’s a second Chinatown.” China is South Africa’s largest trade partner, with imports and exports totaling $54 billion last year, and the two countries – both members of BRICS (Brazil, Russia, India, China, and South Africa) – maintain strong diplomatic relations. Canton to Cape It wasn’t always this way. The very first Chinese to come to Africa arrived in the Cape colony as convicts sent from Batavia, in modern-day Indonesia, in the 1660s. After serving their sentences, some returned to Asia, while others settled in the multicultural and cosmopolitan Cape. Then, during the early 1800s, Chinese indentured laborers were brought to work on the railways for the British government. Finally, “free” Chinese started migrating to South Africa in the late 1880s as part of the gold rush. They were, however, banned from mining. Other barriers in place because of their race also affected their ability to trade. The Chinese teamed up with members of the Indian community in a campaign of civil disobedience led by Mahatma Gandhi - who lived in South Africa at the time. “They said, ‘We will not take up violence, but we will go to prison rather than obey your law,’” Yap told VOA. Later, under the apartheid system that began in 1948, the Chinese were classified as a sub-group of the “colored group,” a racial categorization that lumped together anyone who wasn’t black or white. “There were only certain things that were open to you, so technically you could only go to school and live in the areas that were designated to you,” Yap explained. Forbidden love Under apartheid it was illegal for people from different races to marry. That didn’t stop Yolande Dreyer, 71, and her husband Wynand, 72. Yolande - a third-generation Chinese-South African, whose grandparents from Guangzhou, China [also known as Canton] had originally immigrated to escape drought and food shortages - defied her family and the law to marry Wynand – of mixed Dutch and British heritage. “Because we were breaking a law … they could have definitely arrested us,” she told VOA, recalling how the couple married in 1980 in a multi-step process. They first married in a church in South Africa, but the officer couldn’t sign a marriage certificate. They then traveled to England to wed to make it official. “We were kind of breaking the mold at the time; we were pushing against quite a lot of resistance,” added Wynand, noting that both families were against the union and worried the couple’s children would be “outcasts.” Luckily the Dreyer’s twins were raised in democratic South Africa, a racial melting pot, where mixed marriages are now common. Identity politics Some Chinese-South Africans are now involved in their country’s political system, such as Michael Sun, who belongs to the opposition Democratic Alliance and is a member of the Mayoral Committee for Environment and Infrastructure Services department in Johannesburg. Sun was born in Taiwan and came to South Africa as a child in the 1970s when his family arrived to set up businesses. The city councilor said growing up, he and his siblings had been questioning and exploring their identities living with two different cultures. Sun still speaks Mandarin with his parents but felt foreign when he visited Taiwan after attending university. “I felt more like a tourist than anything else … other than the language, I was really a stranger,” Sun said. “I’m more at ease in terms of my South African lifestyle.” Meanwhile, Chinese in South Africa are becoming victim to rising xenophobia, with some people - wary of Chinese loans and investments through Beijing’s Belt and Road Initiative - accusing them of being the “new colonialists.” Sun says he himself was the victim of racism a few years ago. “I decided to put my name forward for the local election in 2006, and it was not easy. ... I’ve been many times a victim in terms of racism, bigotry, racial slurs,” he told VOA. Ironically, having gone from being “colored” under apartheid to being regarded as “white” after it, the Chinese Association of South Africa took the government to court in 2008 to change their racial classification. This was in order to benefit from South Africa’s affirmative action policies in the business sector known as “Black Economic Empowerment.” "Only Blacks, Indians and Coloreds [multiracial ethnic groups] qualified for affirmative action," explained Yap, on why the community went to court over the issue. "This was not economic opportunism by the Chinese, but about lack of recognition that they had for centuries faced racial injustice in South Africa," she added. The High Court ruled in their favor and, legally, Chinese in South Africa are now considered “Black.”