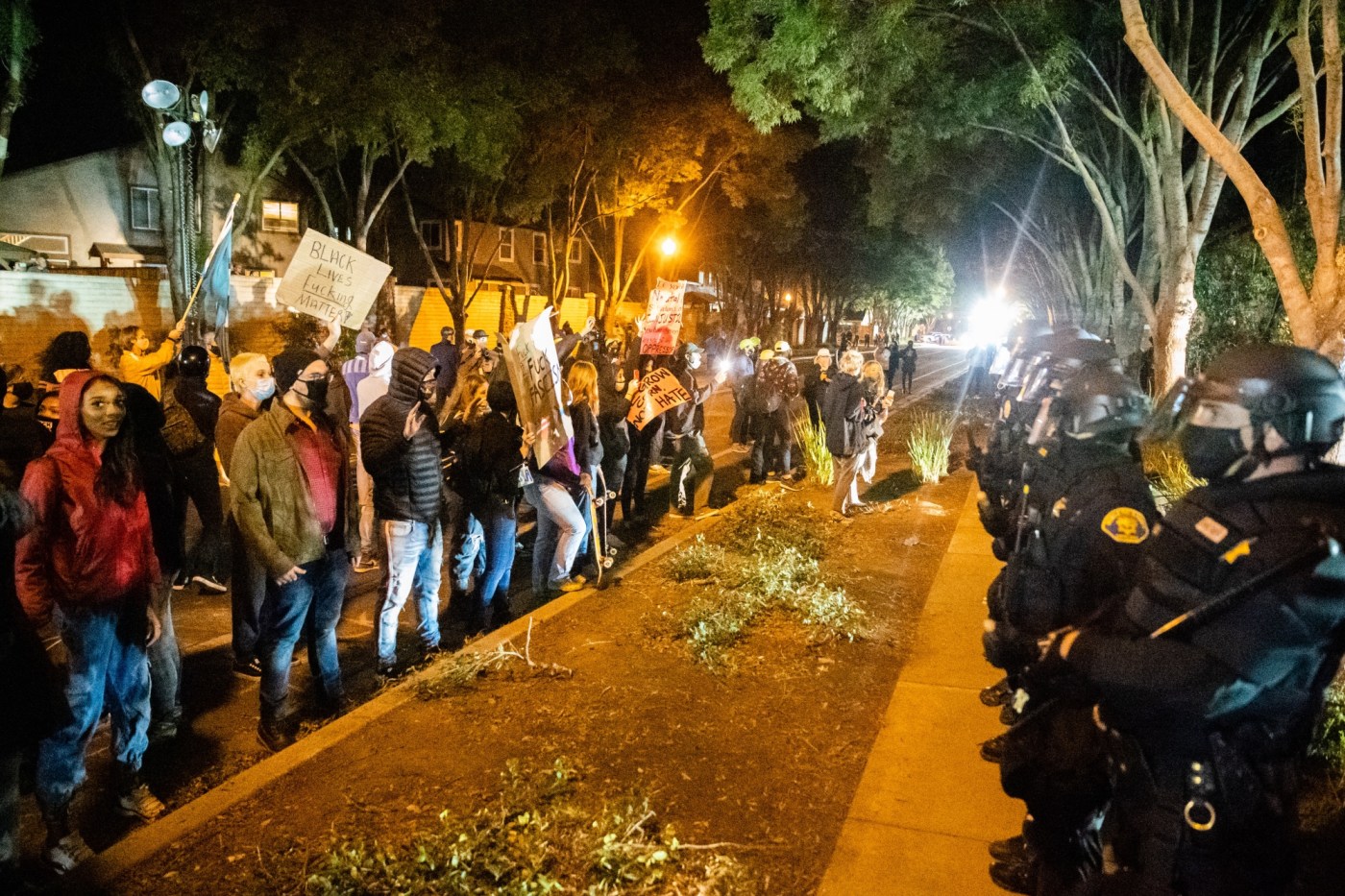 Brentwood will soon have new rules its police must follow before buying, acquiring and using military equipment under a new policy the City Council unanimously approved on Tuesday.

Under the new rules, police will have to obtain the City Council’s approval before acquiring or buying anything considered military equipment under state guidelines. If a policy had not been approved, police would not have been be able to use the equipment.

The new regulations stem from Assembly Bill 481, which Gov. Gavin Newsom signed on Sept. 30, along with six other police reform laws. Under the law, law enforcement agencies must establish policies by May 1 and obtain approvals from their governing bodies for military equipment.

Authored by Assemblyman David Chiu, D-San Francisco, the bill’s intent is to address the public’s concerns about transparency, accountability and oversight regarding law enforcement’s acquisition and use of military equipment.

Brentwood Police Capt. Tim Herbert said to compy with the new law, the police department will set up an annual meeting explaining what military-type equipment it’s used and any requests for purchasing more in the upcoming year.

“So it’ll be a smooth process,” he said. “I don’t think there’ll be any hiccups.”

The term “military equipment,” as defined in AB 481, however, does not necessarily refer to equipment the military uses, according to police. “Military equipment” includes such items as drones or robots, armored vehicles, command and control vehicles, rubber bullet launchers, tear gas and diversionary devices such as flash bangs, according to the staff report

Like Pittsburg, which approved a similar policy last week, Brentwood police will be able to keep and use the military equipment it has, but will have to host one community engagement meeting within 30 days of publicly releasing its annual military equipment inventory and use report.

Herbert, in his report, said that such equipments is used to enhance resident and officer safety.

In this city of 66,616 residents, the police department has three drones, a number of semi-automatic and automatic rifles and ammunition, two sub machine guns, 30 grenades, battering rams and breaching apparatus, tear gas and flashbang diversionary devices.

Some residents, though, questioned the use of military equipment.

“I just have some questions for the need for this equipment,” Carolina Villaseca said. “…It’s just concerning that we need military-grade equipment in Brentwood.”

She also questioned the police use of drones, noting there is a privacy issue with drones flying over homes.

“What happens to that footage?” she asked. “How many people view it and is it then deleted? Where is the undelted portion stored?”

Police Chief Tom Hansen said that police have a strict policy on drone useage and “are very cognizant of those civil rights issues and civil liberty issues.” There are also time limits, after which drone footage is detsroyed, he said.

Ben Kellogg said he understood the need for some equipment for possible hostage situations, but questioned some of the higher-powered military rifles.

“Do we plan on having insurgents, do we have on planning on having al Qaeda coming in?” he asked. “I mean, why do we need this stuff in the first place? It seems like I don’t want to demean things, but it seems like this is just kind of, you know toys for the for the police department.”

Hansen said he understood the concerns and has stayed away from acquiring “tank-like” equipment for the department. They do not hat 50-caliber rifles but they do have a fully euipped SWAT Team, he said.

“I know some of the concerns our community has, we don’t want to see our police officers and military equipment out on our streets,” he said. “It’s a very, very bad thing to see when we’re walking through airports and we see military officers and our just gives us a feeling that we’re being occupied by our military.”

That said, the police chief said he wants to be sure his department is prepared in case something happens, such as a hostage situation at a movie theater.

“I think you’re gonna want our fully equipped SWAT team going into a hostage rescue,” he said. “And I want to be ready. I look at it as a high-paid insurance policy for the citizens of Brentwood.”

Hansen noted the department hopes to purchase SWAT replacement rifles in the next fiscal year.

“I understand the people that are a little upset about it; I get it,” Mendoza said. “But as long as I’ve been in Brentwood, I’ve never seen a police officer misuse any equipment.”

“I think it’s important that we provide our officers with the tools that are necessary to do the job that needs to be done, and by hog-tying them and not giving them those could cause further harm in our community,” Rarey added.

As a police chaplain, Mayor Joel Bryant agreed, noting that having certain equipment on hand can help protect residents and officers.

“They were able to keep from having to injure or kill someone because they had the proper equipment to keep that person safe as well,” he said.

'Dream big': Ground Up PDX on mission to create life-changing jobs for women