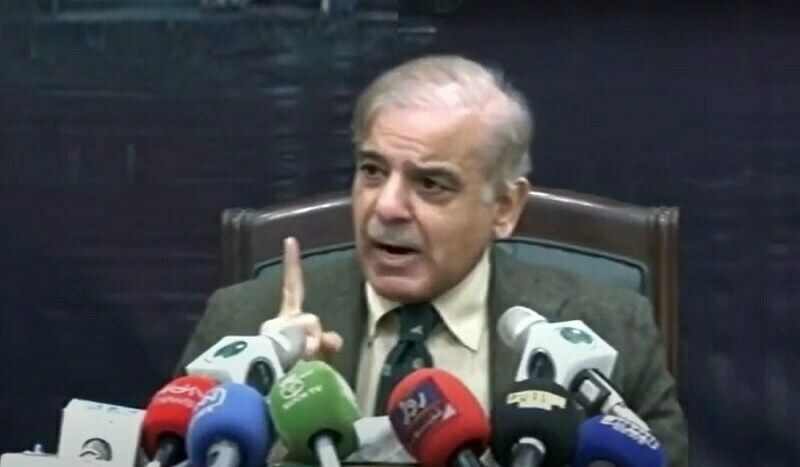 A special court in Lahore on Wednesday stated that charges against Prime Minister Shehbaz Sharif and others in the Rs16 billion money laundering case will be framed on May 14, asking them to ensure their presence at the next hearing as no further adjournments will be made.

"It is made clear that on [the] next date of hearing, charge[s] shall be framed and all the accused shall ensure their personal attendance," the written order said.

The Federal Investigation Agency (FIA) had booked PM Shehbaz and his sons, Hamza and Suleman, in November 2020 under sections 419, 420, 468, 471, 34 and 109 of Prevention of Corruption Act and r/w 3/4 of Anti Money Laundering Act. Suleman Shehbaz is absconding in the UK.

Fourteen others have also been named in the FIR under sections 5(2) and 5(3) (criminal misconduct) of the Prevention of Corruption Act.

The special court had on Jan 27 granted pre-arrest bail to Shehbaz and Hamza in the case.

During today's hearing, Presiding Judge of the Special Court (Central-I) Ijaz Hassan Awan remarked that the accused could not be indicted due to the absence of the prime minister, who had requested an exemption from appearing in court due to a meeting of the federal cabinet that was scheduled for today.

The court approved PM Shehbaz's request, but ruled out the possibility of further adjournments in the case. The court also summoned all the suspects in person on May 14.

The FIA had in December 2021 submitted the challan against PML-N president Shehbaz and Hamza to a special court for their alleged involvement in laundering an amount of Rs16 billion in the sugar scam case.

"The investigation team has detected 28 benami accounts of the Shehbaz family through which money laundering of Rs16.3bn was committed during 2008-18. The FIA examined the money trail of 17,000 credit transactions," according to an FIA report submitted to the court.

The amount was kept in "hidden accounts" and given to Shehbaz in a personal capacity, the report added.

This amount (Rs16bn) has nothing to do with the sugar business (of the Shehbaz family). The money received from the accounts of low-wage employees by Shehbaz was transferred outside Pakistan via hundi/hawala networks, ultimately destined for the beneficial use of his family members, the FIA had alleged.