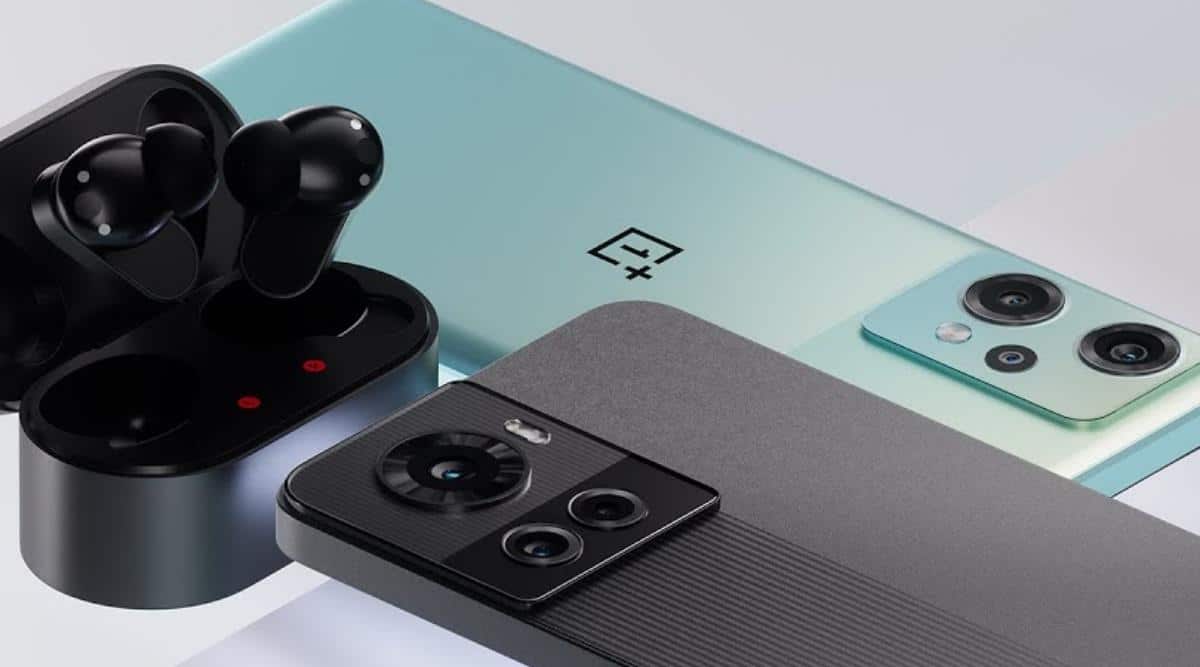 A OnePlus event is always special for the tech world. The Never Settling brand has a penchant of coming out with products that redefine their segments. Whether it was the very first OnePlus that showed the world that flagship phones do not have to cost the earth, or the super sleek Harry Potter edition of its smartwatch, that blended literary and tech wizardry, OnePlus has a knack of pulling rabbits out of its hat at its events, leaving its audience pleasantly surprised and stunned with wonder.

The brand promises to serve up more magic at its forthcoming “More Power to You” event on 28 April, 2022. From what we know so far and what the brand itself has revealed, the event will see three new OnePlus products being launched. And each of them could well redefine its segment, bringing features and performance levels never seen before at their price points. What could be more “powerful” than that?

There is going to be a lot of Nord at the “More Power to You” event. In 2020, OnePlus changed the mid-segment of the smartphone market by introducing the iconic OnePlus Nord. The winds of Nord-ic change are all set to hit that part of the phone market once again, with the OnePlus Nord CE 2 Lite 5G, which will make its appearance at the event. The phone is expected to be the most affordable Nord phone ever. And in best OnePlus Nord tradition, with that great price tag comes great design and performance.

The phone’s dual tone design, with subtly different textures on the back is sure to turn heads. This being a Nord, you get a blue variant – a calm Blue Tide, reminiscent of the ocean. The front boasts a tall, 6.59-inch display which comes with a staggering 120 Hz refresh rate but is still designed to save power. A highlight of the phone is a massive 5000 mAh battery, as big as the one on the premium flagship, the OnePlus 10 Pro. Of course, as this is a phone from OnePlus, it comes with super-fast charging as well – the OnePlus Nord CE 2 Lite 5G comes with support for 33W SuperVOOC charging which will charge that massive battery from zero to fifty per cent in a mere half an hour. Round that off with a striking 64 megapixel AI tripe camera set up for great snaps and videos, and we feel the mid-segment could have a new benchmark.

The “More Power to You” event will also see the first Nord hearable. OnePlus is building an Nord ecosystem and the first non-phone addition to it is a TWS – the OnePlus Nord Buds. OnePlus might be best-known for its phones, but its audio products have made it one of the most sought-after brand names in the personal audio market in India, and the Nord Buds are set to continue OnePlus’ tradition of audio excellence. The sleekly and yet minimalistically designed TWS come with 12.4 mm dynamic bass drivers and promise rich bass without cluttering up other frequencies. The buds will come with an IP55 rating to keep sweat and water at bay and will come with fast charging support. If they run low on battery, a mere 10 minutes of charging will get you another five hours of audio. AI noise cancelling ensures that taking and receiving calls on these TWS is a crystal-clear experience, with no intrusions or interruptions.

There is more to the event than just Nord, though. Making its debut at “More Power to You” will be the latest in OnePlus’ R series of phones, the OnePlus 10R 5G. It is already making waves with its very different design, that seems to have thin stripes on one side of its dual toned frosted glass back, giving it a pleasantly distinct appearance. Even the camera unit on the OnePlus 10R 5G looks different from others and the phone is the first from OnePlus to feature flat sides, giving it a very smart, contemporary look. The front is quite a sight as well, with a brilliant, tall fluid display with a 120 Hz refresh rate and an adaptive frame rate.

Inside that very striking design lies an incredibly powerful processor. OnePlus has been known to tie up with brands to deliver unique experiences to its customers, and for the OnePlus 10R 5G, the Never Settler has joined hands with MediaTek to come out with a special edition of the powerful and highly acclaimed MediaTek 8100 processor. The OnePlus 10R 5G will be powered by the exclusive MediaTek Dimensity 8100-MAX processor, which should make it more than capable of handling anything and everything from video editing to high-end gaming. On the matter of gaming, the phone also comes with OnePlus’ famous HyperBoost Gaming Engine, which is designed to ensure that the phone’s resources are optimized to deliver the best gaming experience when you need it.

One area where the OnePlus 10R 5G hits the ball right out of the park is fast charging. OnePlus made fast charging a hygiene feature of phones with its famous Warp Charge and Dash Charge and with the OnePlus 10R 5G, the brand has taken charging to another level with 150W SuperVOOC charge support. That makes it one of the fastest charging phones around, with charging times literally being a matter of minutes. Needless to say, all this is expected to come at a price that will unsettle the competition more than your bank balance.

All details and features of these awesome products will be revealed at the “More Power to You” event. For those who did not know, all OnePlus events have the same audience – the world. Everyone is invited to watch. So, if you want to catch your slice of Never Settling and Nord action, all you have to do is tune into OnePlus’ YouTube Channel or click on this link at 7 PM IST on 28 April 2022. You are likely to feel so empowered!

Stranger Things 4 Is Possibly Too Much of a Good Thing

‘I thought he treated them like family’: Jeffree Star is selling Yak meat from his Star Yak Ranch—and many fans are shocked