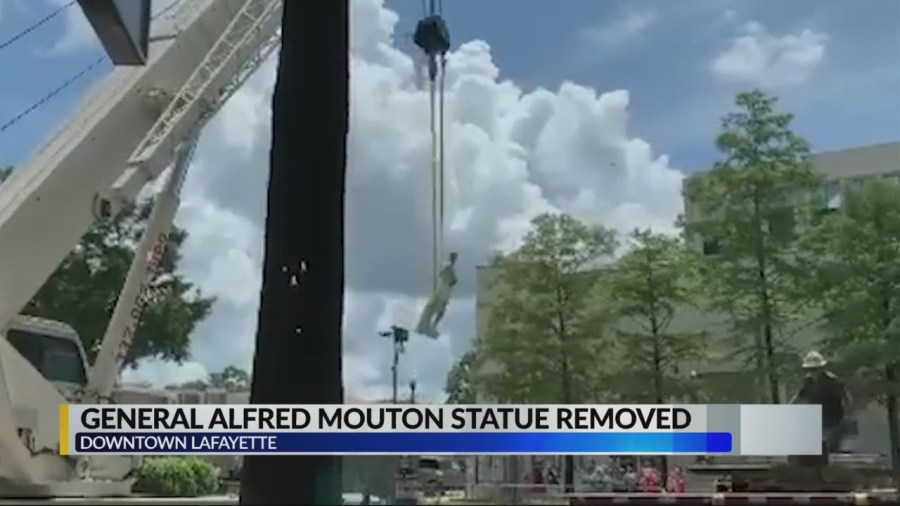 LAFAYETTE, La. (KLFY) -- After years of protests, spectators cheered when the statue of Confederate General Alfred Mouton was hoisted by a crane and removed from its pedestal in July.

Lafayette’s United Daughters of the Confederacy Chapter, which donated the statue to the city in April 1922, agreed to a settlement with the Lafayette Consolidated Government and a group of citizens seeking to move the statue after the murder of George Floyd in 2020 prompted new calls across the country to remove Confederate statues.

‘A night of healing’ Locals gathered at the now former site of the Gen. Alfred Mouton statue to express joy, relief

The statue has found a new home at Camp Moore Confederate Park and Museum near Kentwood, La. in Tangipahoa Parish.

Camp Moore is largest Confederate training camp in Louisiana and the only one in the United States still open to the public.

The Lafayette Consolidated Government agreed to pay $20K to build a new base for the statue at Camp Moore.