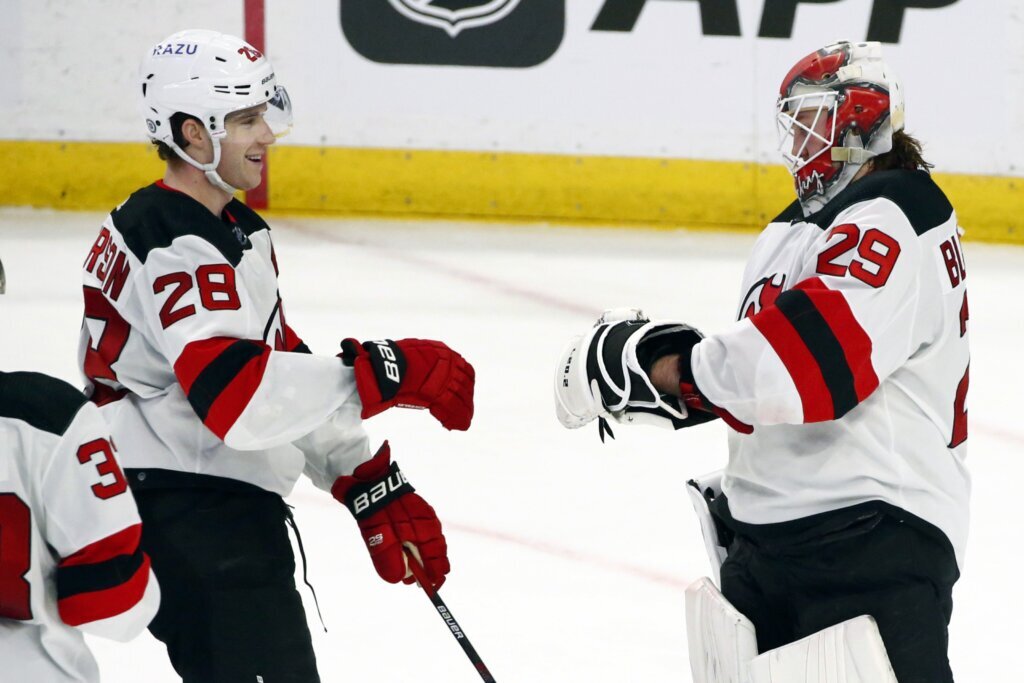 New Jersey coach Lindy Ruff tested positive for COVID-19 hours before the Devils’ game against the Edmonton Oilers and was isolated from the team.

The Devils made the announcement Friday, roughly 45 minutes after Ruff did not show up for a pregame news conference. When the conference started, assistant coach Alain Nasreddine walked in and said he would be running the team.

Nasreddine, who usually handles the defensemen in the game, said Ruff was going to stay in the Prudential Center for the contest. He said the two would be in communication during the game.

The 61-year-old Ruff was hired as Devils coach for the pandemic-shortened 2020 season and the team missed the playoffs. New Jersey is currently in seventh place in the Metropolitan Division.

Nasreddine coached the Devils on an interim basis for 43 games during the 2019-20 season after John Hynes was fired in early December. He posted a 19-16-8 record. Ruff kept him on his staff.

Also Friday, Chicago goaltender Kevin Lankinen was held out of practice because of COVID-19 protocol. With Marc-Andre Fleury already in the protocol, Collin Delia could make his first NHL start of the season when the Blackhawks visit Nashville on Saturday.