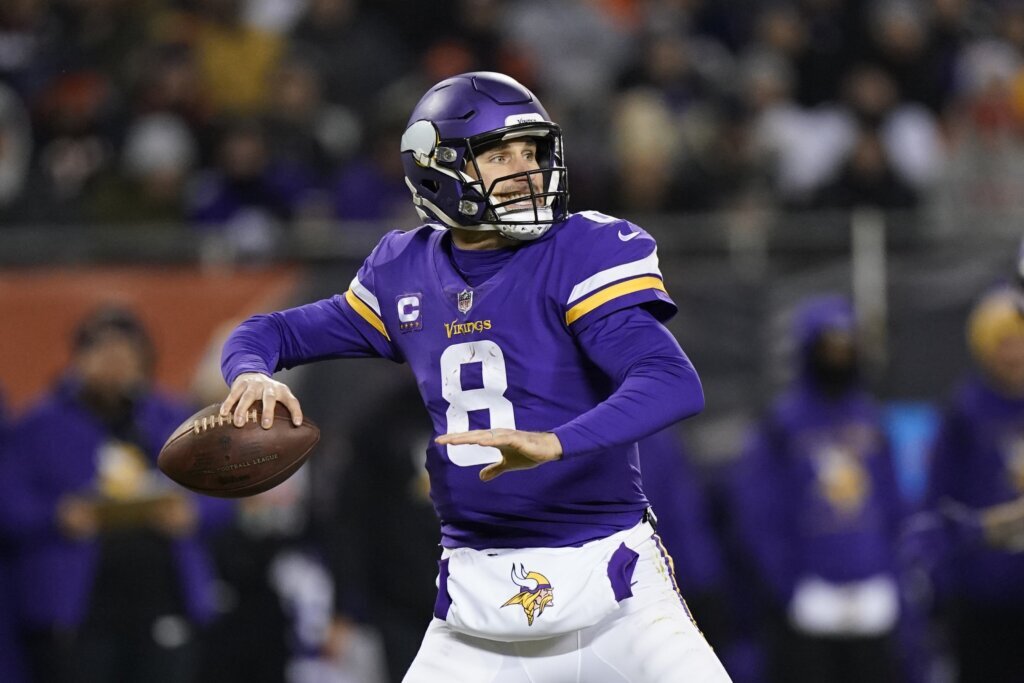 The Minnesota Vikings placed quarterback Kirk Cousins on the COVID-19 reserve list on Friday, two days before their most important game of the season at Green Bay.

Cousins is unvaccinated. Even if he were asymptomatic, he wouldn’t be able to return in time to face the Packers. The NFL recently reduced the required quarantine period to five days for asymptomatic players.

The Vikings (7-8) are one game out of the last wild-card spot in the NFC with two weeks to go. The Packers (12-3) are in control of the top seed and a first-round bye.

The Vikings also activated backup quarterback Sean Mannion from the COVID-19 reserve list, putting the seventh-year veteran in line to start at frigid Lambeau Field on Sunday night. Mannion started one game for the Los Angeles Rams in 2017 and one game for the Vikings in 2019, when Cousins was held out of the final regular-season game as a precaution prior to the playoffs.

Coach Mike Zimmer was scheduled to address reporters after practice on Friday. After Minnesota’s last game, a 30-23 loss to the Los Angeles Rams, Cousins acknowledged the predicament of the case numbers climbing within the team like all across the league.

Cousins has 30 touchdown passes and seven interceptions this season and is fourth in the NFL in passer rating (101.3). He is 29 yards passing short of hitting the 4,000 mark for a sixth time in seven years as a starter. Cousins is in his fourth season with the Vikings, who have him signed for 2022 with a $45 million salary-cap charge.

Rookie Kellen Mond and recent addition Kyle Sloter are the other quarterbacks on Minnesota’s roster. When Mond tested positive in training camp, Cousins had to sit out five days as an unvaccinated close contact.

Zimmer didn’t hide his frustration in August with the players who remained unvaccinated, expressing resignation that they would miss games at some point during the year. Plenty of vaccinated players have tested positive and had to sit out, of course, but the rate of infection by the virus among unvaccinated people is much higher.

Around the league, teams were experiencing more gains than losses as players in the pre-Christmas surge of positive tests have begun to trickle back to action.

The Jacksonville Jaguars activated seven players from their COVID-19 reserve list, including defensive starters Josh Allen, Myles Jack and Damien Wilson. Allen, Jack and Wilson cleared protocols and will fly with the team to New England.

The Jaguars (2-13) still have 20 players on the COVID-19 list, including three starting offensive linemen. Interim coach Darrell Bevell said Friday he hopes center Brandon Linder and guard Andrew Norwell will be cleared in time to play the Patriots. Jacksonville has a second plane lined up to take players who could still clear protocols as late as Sunday morning.

—Safety Jahleel Addae and running back Marlon Mack to the Indianapolis Colts.

‘What do you mean, ‘no?’: Elevator operator refuses to call 911 for trapped couple in viral TikTok, sparking debate

Dave Hyde: A coach? A GM? Here’s the never-ending problem inside the dysfunctional Dolphins