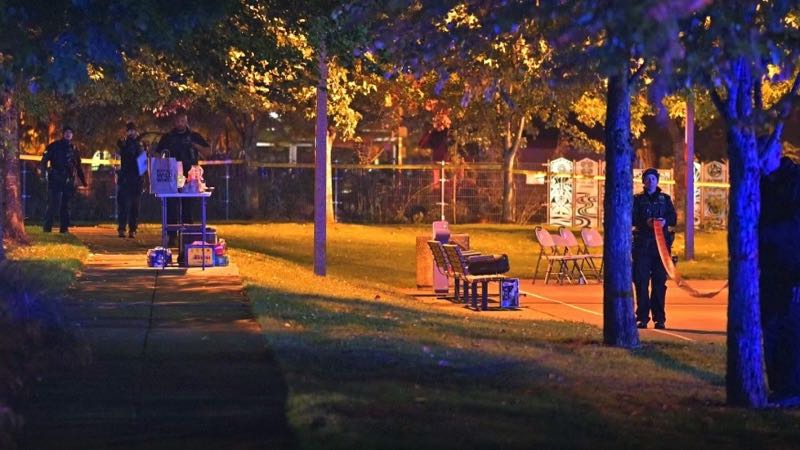 The Portland Tribune is a KOIN 6 media partner

PORTLAND, Ore. (Portland Tribune) -- This was the year the city's slogan could have been switched from "Keep Portland Weird" to just "Keep Portland."

City Hall: The year started with a more center-left City Council and the threat of a recall hanging over Mayor Ted Wheeler. Consensus-builder Dan Ryan already had defeated the sometimes-controversial former Multnomah County Commissioner Loretta Smith to fill the unexpired term of the late Commissioner Nick Fish. Moderate Mingus Mapps defeated an incumbent, tenant advocate and police critic Chloe Eudaly in the 2020 general election. Wheeler became the first mayor since Vera Katz to be elected to more than one term when he defeated progressive Sarah Ionnarone in the same election. Some of her backers almost immediately announced a recall campaign because Wheeler received less than 50% of the vote, probably because of a write-in campaign by supporters of activist Teressa Raiford. Despite raising nearly $150,000, the campaign failed to collect the required petition signatures and a federal judge refused to extend the 90-day deadline, however.

Crime: Shootings and homicides continued to spike in 2021, breaking historic records. By the end of the year, police had responded to more than 1,200 shootings and more than 85 homicides. People throughout the city were telling local reporters they were afraid to leave their homes. Although small comfort, Portland was not alone. By the first of December, ABC News ranked the city among 12 major American urban centers that hit all-time homicide records. Car and catalytic converter thefts also spiked.

Police funding: Portland became one of several American cities to "refund" their police bureaus this year. The City Council cut $15 million from the Portland Bureau budget above required COVID-19 reductions in 2020. That included disbanding the Gang Violence Reduction Team that had been accused of racial profiling when it was previously know as the Gang Enforcement Team. But even Commissioner Jo Ann Hardesty, who championed the previous cut, joined the rest of the council to increase police funding during the Fall Budget Monitoring Process.

‘The need has been extraordinary’: Portland funds $18M for homeless

Homelessness: Portland and Multnomah County increased funding for homeless services throughout the year. Despite that, although there are no official figures, the number of people living in encampments throughout Portland visibly increased. That happened despite the city and Metro pouring hundreds of millions of dollars from various sources into the problem, including voter-approved measures, federal recovery appropriations, and unexpected surplus funds. Polls show the lack of apparent progress is the No. 1 issue among voters.

Protests: After large daily and nightly protests through most of 2020, their numbers and sizes declined throughout 2021, although some vandalism and violent confrontations with law enforcement agencies still occasionally took place. The potential for harm prompted some downtown businesses and public buildings to keep plywood barriers up throughout the year, undermining efforts to show it has fully reopened. Some retailers reported nearly normal business over the holidays, however. The New York Times reported on Dec. 23 that the FBI had infiltrated and recorded an unspecified number of Portland protests in 2020 and 2021.

Transportation: TriMet was forced to cut transit service in December even as two major traffic projects moved forward. The regional transit agency cut service on 21 bus lines in December because of a driver shortage. But the Interstate 5 Rose Quarter Improvement Project and Interstate Bridge Replacement Project moved forward because of potential federal funding in the Infrastructure Improvement and Jobs Act approved by Congress in November. Climate and social justice activists are continuing to try to derail both projects, however.

Offices reopening: The delta and omicron variants of COVID-19 stymied plans to return most public and private sector workers to their offices. Many businesses and governments delayed and then suspended plans to begin calling workers back after Labor Day. In early December, the city of Portland announced that employees working from home would only be required to come to their offices one day per week beginning in January.

Plaid must pay $58 million to users of Venmo, Robinhood and other apps

Today24.pro
Bet £20 on Arsenal vs Burnley and get money back as cash if you lose, plus 176/1 prediction and tips with Paddy Power NBA Gives Grayson Allen Laughable Suspension For His Hard Foul 49ers-Packers halftime report: Garoppolo red-zone interception squanders first strong drive Alpine skiing at the Beijing Olympics