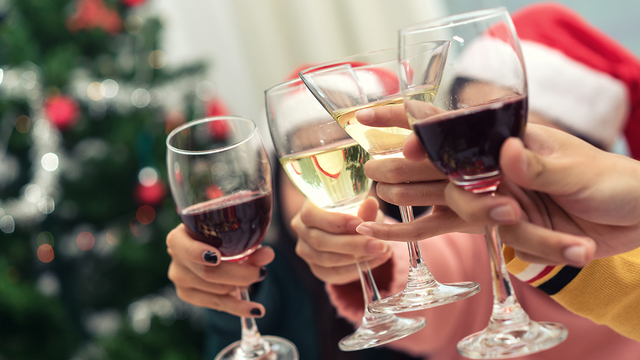 PORTLAND, Ore. (KOIN) -- River Pig Saloon owner Ramzy Hattar said they normally close off their section of the street in the Pearl District on New Year's Eve and hire a DJ for a giant bash. But they didn't do it last year and they won't do it this year.

But they will be open till 1 a.m. for people who want to bring in 2022 in the traditional way.

"We always do a couple of New Year's Eve cocktails and we'll have champagne," Hattar told KOIN 6 News. "We're the neighborhood bar so we've got to stay open on New Year's Eve."

They are making room for about 65 people to toast the new year, less than half their normal capacity. But anyone who comes there needs a ticket.

"It's so that we can control how many people are here," he said.

The River Pig Saloon has been getting calls all week from people eager to make plans.

"We get a lot of messages on what type of party is it going to be," Hattar said. "A lot of people are just over it. They want to have a big party. That's not what they're going to get here."

"We know that for people’s mental health and their stability they need human connection and if you can do that in a safe way that would be ideal," Dr. Loeffler told KOIN 6 News. "If you could do it with a smaller group, if you could wear masks when you’re not actually drinking, if you can choose a group of people that you know are vaccinated, all that is going to decrease risk."

And she hopes people that gather in large events are fully boosted -- that means you'll have 50% reduction in the risk of infection.

Wakefield Trinity • Re: Catalan Away