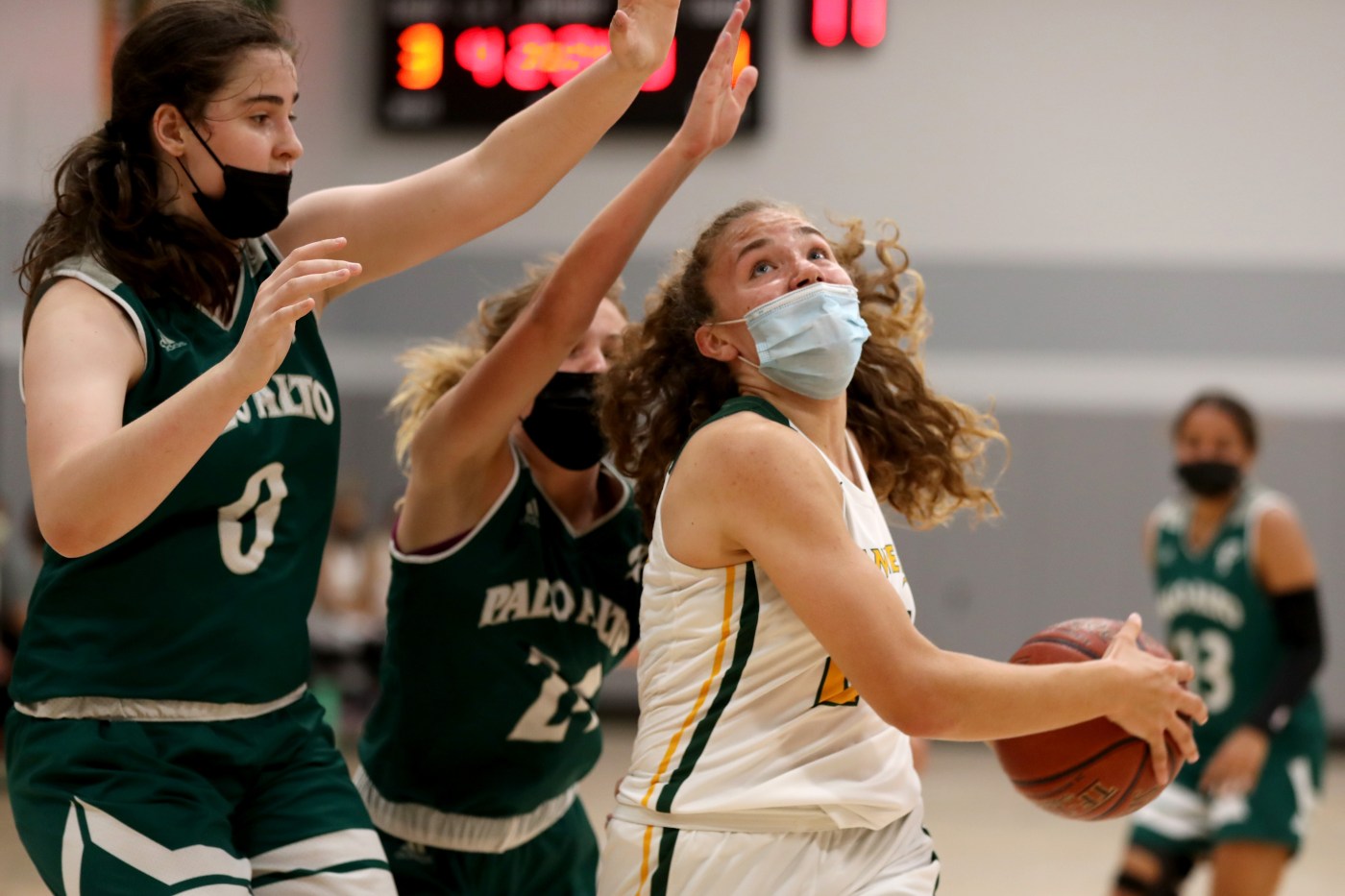 De La Salle was denied a title in quite possibly the most dramatic finish in this batch of holiday tournaments.

In the championship game of the Xavier Winter Showcase – part of the Desert Holiday Classic in Southern California – DLS guard Javon Johnson couldn’t convert a shot in the paint as time ran out as Mater Dei-Santa Ana prevailed 55-54.

“I believe I was, yeah,” Johnson told the Palm Springs Desert Sun.

DLS (10-2) nearly pulled off the comeback after John Flannigan nailed a 3-pointer with 13 seconds left, but it wasn’t enough in the end.

The Lancers held court in their own Joe Schram Classic, but it required a strong finish.

The host pulled away in the final eight minutes with a 26-12 spurt.

Of note: Palo Alto took the third-place trophy with a 43-35 win over Cupertino.

Mitty junior Derek Sangster scored a game-high 22 points in the third-place game of the National Division at the Torrey Pines Holiday Classic, but it wasn’t enough after the Monarch got off to a 19-15 lead in the first quarter.

Campolindo finished 3-1 in the National Division at the Torrey Pines Holiday Classic while improving to 9-1 on the season, beating St. Mary’s-Phoenix behind 23 points from Aidan Mahaney.

In the American Division of the Torrey Pines Holiday Classic, the Bells couldn’t pull through despite 15 points from Brendan Launder and another 13 from Brody Pearson.

In the premiere performance of the evening, Pinewood junior Elle Ladine went off for 30 points, 12 rebounds, six assists and two steals to lead her team to a championship at the Joe Schram Classic over the host school.

Ladine accounted for half the scoring after three quarters, as the Panthers (5-1) led by 20 points.

St. Francis (10-1) suffered its first loss of the season.

Natalie Pasco and Sierra Chambers were named co-MVPs of the Gold Crown Holiday Tip-Off in Chula Vista after a first-place finish in San Diego.

SRV (10-2) delivered a team-high 23 points from Pasco in the title game, while Chambers added 16.

One day after toppling previously undefeated Mitty, Carondelet’s chance to upset a Texas powerhouse ranked No. 2 nationally by MaxPreps slipped away in the Platinum Division title game of the West Coast Jamboree at Las Positas College in Livermore.

The duo of Jaime Kent (16 points) and Talana Lepolo (14) nearly pulled through for Carondelet (9-1).

In a matchup of the top-ranked teams in the latest Bay Area News Group rankings, No. 1 Mitty bounced back from a loss to Carondelet the previous day.

The Monarchs (10-1) took charge in the third-place game of the West Coast Jamboree behind strong performances from Noemie Bariteau (20 points with five 3-pointers) and Maya Hernandez, who scored 13 of her 18 points in the first half.

Not to be overlooked in the West Coast Jamboree, the Warriors (10-2) claimed a title in the Diamond Division, with Jael Butler as tournament MVP.