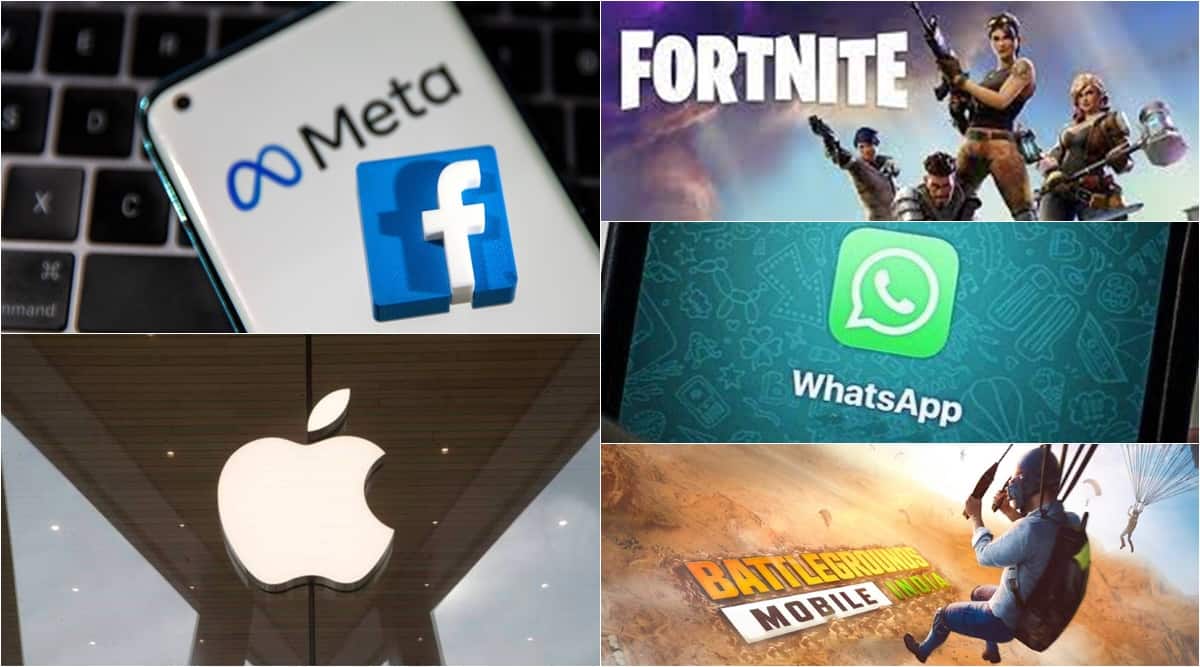 Tech 2021 report card: Riding on the high of the 2020 innovations, the tech industry continued to take the world by a storm this year. The entire 2021 was filled with some major event in the tech industry, be it the WhatsApp controversy or the issue of the chip shortage that led to production schedules of many devices going haywire. If last year was about the rise of technological innovation to aid the virtual world, this year was about enhancements and testing new limits, be it Twitter’s push to NFTs, Facebook’s expansion to metaverse or Microsoft’s fresh vision for the PCs with Windows 11.

If you have missed out on the major updates in the tech world this year, do not worry. Financial Express Online has rounded up the biggest headline grabbers of 2021 for you. Here’s a look.

This one is known to all and it has been one journey to track. The issue started as early as in January, when WhatsApp brought a new privacy policy and basically tried to strongarm users into accepting it within a span of three weeks. This move led to many users criticising the platform, because the policy seemed to give parent company (then called) Facebook more control over user data, without even letting users opt out of it. Tech mogul Elon Musk had then supported open messaging platform Signal, triggering mass migration away from WhatsApp.

Also read | WhatsApp puts ‘take it or leave it’ privacy policy on hold in India: Timeline of events surrounding the controversial update

This caused WhatsApp to issue clarifications in order to convince users that their chats would not be compromised and that neither Facebook nor WhatsApp would be able to access non-Business chats. The instant messaging platform also ended up extending the deadline to May 15 for users to accept the policy. During this time, however, numerous cases were filed against the platform.

Apart from the court, even the Union Ministry of Information Technology served notice to WhatsApp for the controversial privacy policy that seemed to exploit the userbase. With the interference of the ministry, the issue became more intense, considering that the ministry had last year ended up banning more than 100 apps for allegedly having links to China and acting against national interest. The issue has somewhat been put to rest at the moment with WhatsApp having assured the Indian courts of the fact that until the Data Protection Bill becomes a law, no accounts would be blocked on the platform on the basis of non-acceptance of the updated privacy policy.

Towards the end of October, Facebook gave a major shock to the world when it announced that the parent company’s name was changing from Facebook to Meta in order to open more avenues like Metaverse for the social media giant. Metaverse is basically a virtual environment where users can create avatars and engage in social interactions with each other in a simulated virtual environment without having to leave the comfort of their homes.

Though this change of name is seemingly not going to impact the functioning or the naming of the three popular sister social media platforms – Facebook, Instagram and WhatsApp – the change has led to a sudden surge in the popularity of metaverse. The branding in itself is more broad than just metaverse, but considering the fact that the Mark Zuckerberg-owned company has recently invested in metaverse, it does seem like the next big thing that the platform will bring about.

The shortage of chips

Any and all people who remain up to date with the latest offerings in terms of gadgets are most probably aware of the global semiconductor shortage that haunted every manufacturer this year, be it Samsung or the almighty Apple. 2021 saw that while phones were announced, either their schedules were delayed or their stocks were limited.

Also read | Planning to buy Apple iPhone 13? Here’s why you might have to wait a little longer to get your hands on it

The issue started last year but really gathered pace this year, and reports have stated that the shortage has caused even Apple’s production to be impacted, despite the tech giant being particular in its methodology and in its schedule. Due to this, iPhone 13 series and the newly announced iPads were also either not available or were available in limited quantities even after they were launched late this year.

The crisis is ongoing and it is not clear when the issue will tide over, but it has caused an issue in not only the tech industry but also the automotive industry.

The return of PUBG in a new form

Last year, the Government of India ended up banning popular game PUBG’s mobile format due to the games links to China. It was one of the numerous apps that were banned amid India’s standoff with China in Ladakh. However, last year itself, things had progressed enough that it seemed like developer Krafton would be able to bring the game back to the country if a subsidiary were to be set up in India.

Well, it ended up happening this year. Krafton launched Battlegrounds Mobile India in July for Android users and then in August for iOS users. The news was a major relief to gamers, who had last year mourned the ban on PUBG, as it is one of the most popular battle royale games and has garnered a loyal fanbase in the years since its launch.

The Apple vs Fortnite battle

If the WhatsApp controversy had not been enough drama, Apple vs Fortnite sure was. Fortnite developer Epic Games had sued Apple last year for removing the game from the App Store after the tech giant found the game to have violated the App Store policy. While Epic had sued the iPhone maker for trying to drive out competition by not allowing third-party payment gateway to developers for digital tokens and also charging a 30% commission on payments made via App Store payment gateway, it also tried to corner the tech giant in several other aspects with its antitrust case.

Epic Games had alleged that Apple was a monopoly and sought the company to be directed to allow third-party app stores on its devices, which would in a way mean sideloading of apps in iPhones.

The case ran for a year and ended with a resounding victory, for the most part, for Apple, much to the chagrin and disappointment of Epic. The Federal Judge directed Apple to allow developers to provide two payment gateways to users – one via the App Store payment gateway (the current method) and the other in which users can be directed to the developer’s website on the web where they can purchase the required digital goods. Moreover, the Judge said that while Apple had to make this provision, it could continue to gather 30% commission on payments made using the App Store payment gateway. The Judge also did not find Apple to be a monopoly and therefore, did not allow Epic’s request of iPhones having third-party app stores.

Not only that but the move ended up backfiring on Epic Games, since the Judge did find that Epic Games knowingly violated Apple’s App Store policy and ordered the developer to pay a minimum of $4 million in damages.